European countries have also been trying to get some of that commercial animation pie, but they seem to fare better with their more serious stuff. How quite film noir of it.

39. The Secret World of Arrietty (借りぐらしのアリエッティ) 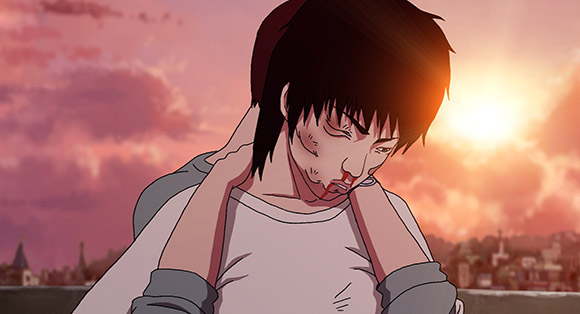 Korean animation continues to find its footing… and at only $150k USD, it can totally trump many $20M USD budgeted Japanese animation.

It’s astonishing how seamless and smooth stop-motion animation has gotten with the aid of 3D. This obviously continued the trend from the equally impressive Corpse Bride.

If true… Kaze Tachinu marks the final goodbye from Hayao Miyazaki. A true end of an era.

One of the few ‘franchise’ launches of the decade… though I’m not as enamored with it as many of you are. I have no idea why I never truly got into Dreamworks’ fart humor. Is it only me, or did the company did its best effort with The Prince of Egypt and peaked with Shrek?

Though Pixar’s UP had Russell, I didn’t notice the Asian-American character until my French teacher said “he does kinda have some slanted eyes.”

I wasn’t much of a fan of Rango either, but the texturing and rendering still impress me. It does come at the ‘hand’ of Gore overblown-budgets  Verbinski, but LOOK AT IT!

With the half-ass success rate of the Cars franchise~ BOOM! Pixar trying to launch a Monsters Inc. franchise.

The biggest launch of the decade so far~  Despicable Me and Despicable Me 2 positioned Illumination Entertainment and launched minions to the public’s pop culture consciousness.