The Fangirly Diary of a Geek Girl: Dress for success

Greetings, fellow fangirls and fanboys! This week, among the many news, we have our first looks of certain Marvel antihero, certain DC villain, and a new whole team of Avengers in comicbooks. Here’s how the week started.

Since it was known that Gal Gadot was going to be Wonder Woman in the DC movies, she has received a lot of critics. I was/am one of those. I wanted a physically more imposing woman since my favourite Wonder Woman depictions are when she is tall and muscular. But I would never comment on the size of the gal (ahem)’s boobs. I mean, it’s Wonder Woman, not Power Girl! Some fans did, and Gal Gadot has an answer to them~

They said that I was too skinny and my boobs were too small. […] The true Amazons had one boob so it won’t bother them in their archery. So it’s not going to be like real Amazons. We always try to make everyone happy but we can’t. […] I get to play the strongest most empowering woman ever – Wonder Woman. I’m so grateful and I thank god every day. I want to devour it and enjoy every bite

OK, that’s fair. So what’s her Wonder Woman like in Batman V Superman: Dawn of Justice?

She has unbelievable endurance. She is exceptionally strong. She can jump really high and practically fly. She knows tons of martial art styles. She is a strong and serious woman.

Joss Whedon briefly confirmed that we will see new characters in Avengers: Age Of Ultron. Characters we have yet to see in previews and pictures and stuff! But who?! I guess Black Panther is a safe bet. I mean we know we will see him in Captain America: Civil War, but maybe he has an after credit scene if not a cameo on Age of Ultron.

Surprising no one, John Williams will record the score for Star Wars: The Force Awakens. What’s different is that he will record it in LA instead of London, like he did for the other films of the saga.

Empire Magazine has Terminator Genisys in the cover and some new pictures inside, including our first look at J.K. Simmons in character~ 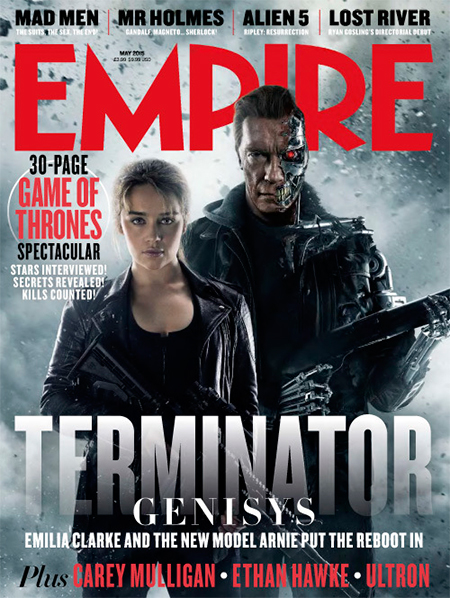 Neill Blomkamp said the Alien movie he’s making changed the one thing because Ridley Scott thought it “bumped” Prometheus 2 “a little bit” (which I still hope is about Elizabeth Shaw and David’s head). Also, the official name is “kinda quite bold, but it gives away too much if I say the title”.

Jennifer Lawrence will be Mystique no more after X-Men: Apocalypse, or so she claims. Well, not everyone is as attached to their character as Hugh Jackman. I hope whoever gets the role when the franchise reboots again gets a better character design. Less bright blue, please thanks!

We all knew this, but it’s been finally official: The Russo Brothers will direct Avengers: Infinity War (Part I and Part II)! They will shoot both films back-to-back over the next couple of years, and it seem they will keep the awesome writing team from Captain America: The Winter Soldier and Thor: The Dark World~

Tom Hiddleston and Hugh Laurie were in the Swiss Alps (with the Matterhorn as a background) for The Night Manager~ Both actors shared each a picture of the mountain in their twitters, and producer Rob Bullock showed the better one: 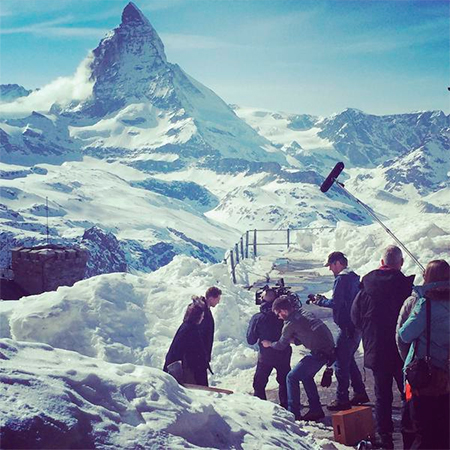