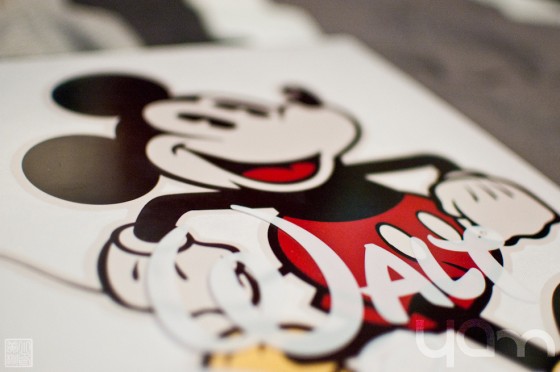 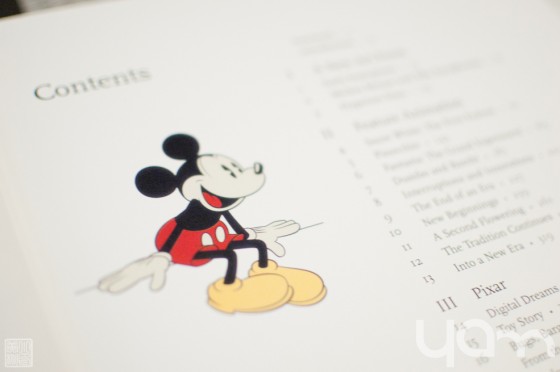 The Art of Walt Disney was a book released back in 1973 chronicling what was, then, Walt Disney’s animation legacy. As the years have gone by, they’ve been re-releasing the book with some updated information — after many years, the book is massive. If you are not of the exercise type because you have better things to do intellectually, carrying the book a few times as if you were doing light weights is as good as getting a gym membership.

First of all, the book looks impressive. First impressions matter a lot, and the humongous white book with Mickey Mouse walking on the front (Woody on the back) covered with a clear plastic jacket printed with “Walt Disney” calls your attention immediately. However, if you’ve already got your hands on a Disney-related book, this new edition of The Art of Walt Disney might be repetitive.

Plus, there’s a foreword by John Lasseter, who — if you had no idea — is the Chief Creative Officer at Disney and Pixar, so the book ends up being a little bit congratulatory and self-pandering. That’s kind of to be expected, though.

The book chronicles the beginnings of Walter E. Disney, family history, sketches, as well as information on what was the technology of that time when he began experimenting. Of course, all the heavy information is from the original release of the book. Beautifully printed photos, frames, storyboards, character model sheets, background art, promo art and snapshots of Walt, sometimes with celebrities or celebrities arriving to his premieres — among them, the Barrymores, Mary Pickford, Shirley Temple, and Marlene Dietrich — spread in a clean and well-spaced layout.

The book information is extensive in the earlier years of Snow White, Pinocchio, Fantasia, and Bambi. It starts condensing information between the years of The Sword in the Stone or The Fox and the Hound — which is the saddest movie EVER — and it keeps the amount of information for the years of Who Framed Roger Rabbit and Oliver & Company. They were probably saving up space until the new Disney Renaissance with Beauty and the Beast, Aladdin and The Lion King.

This new version of The Art of Walt Disney goes beyond its 2004 edition — it includes the other Disney films that people didn’t generally respond well to like Mulan, they barely touch on Tarzan or Atlantis: The Lost Empire, and they skip through The Emperor’s New Groove, Treasure Planet, Lilo & Stitch, Brother Bear and close rapidly with Home on the Range.