The Indian Movie Journey – Phase I

It’s been… maybe three months since I started out with Jenna’s Beginner’s Guide to Indian Cinema. I have yet to finish her list (I know, I’m such a bad student), but it’s all because I’ve sidetrack myself into my own (messy) journey. 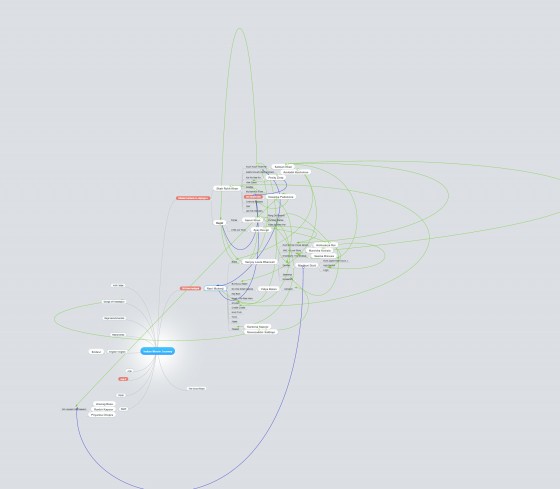 What’s the journey been like? I’ve been having loads of fun~ starting out with a watch of Dilwale Dulhania Le Jayenge, following Shah Rukh Khan and Kajol through Kuch Kuch Hota Hai and Kabhi Khushi Kabhie Gham. That was around the time I noticed Rani Mukerji was the same girl from Dil Bole Hadippa! and branched off into a thousand SRK and Rani movies of their own (Chalte Chalte, and Hey Ram included), running through Preity Zinta, Aamir Khan, Amitabh Bachchan… and eventually, Sanjay Leela Bhansali.

Bhansali was a trip changer. He literally infested my life with Salman Khan, but he also introduced me to Manisha Koirala and Madhuri Dixit. In fact, that’s been (at the time of posting) my last stop: Lajja. Right before a re-watch of Kahaani.

It’s been a bit overwhelming… I must admit, with the names, the colors, some of the themes… the running time of some of those~ but it’s been a fulfilling ‘cultural’ journey. I attended my first Indian world premiere with Chennai Express. It stayed on for a month or so, surpassing general expectations, considering there are films that go *POOF* in one week.

I would probably die if they bring Bhansali’s latest, Ram-Leela, because it would be my first time watching his visuals on the big screen. If that miracle happens, I’ll have to owe Deepika Padukone those cherry-popping experiences.

For some miracle of timing, I also attended (some say ‘the first’) Indian Cultural Festival in Latin America, where they presented Nritya Rupa Dances of India by Sangeet Natak Akademi. So yes, for the past three months of my life, the cosmos has aligned itself to get me to sing Tuhje Dekha To Ye Jana Sanam [clip] and Mehndi Laga Ke Rakhna [clip] the times I’ve visited Old Downtown Lima.

This adventure will continue, of course. I gotta finish that list, and I’ve still got Madhuri Dixit and Manisha Koirala films to watch. I’ll probably continue with Sridevi, Tabu– check out Deepa Mehta, as well as reconsider my director relationship with Anurag Basu.

If you have any suggestions… suggest away!