With the largest film industry of any country in the world, producing 2,961 films in 2009 alone, it’s easy to get intimidated when trying to delve into the depths of Indian cinema. As I’m going to list movies that are for a wide audience and are meant to appeal to many people, they won’t be my favorites, per-say. But I do enjoy them.

Here is my attempt to give our readers a few starter titles. Chalo mere saath. 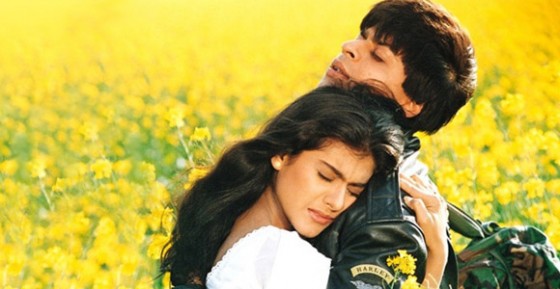 DDLJ, as it is lovingly called by fans, is a film that changed the face of romance in Bollywood films. It showed a hero that defied his elders, but still respected them enough to try and win their approval. The charisma between Raj (Shahrukh Khan) and Simran (Kajol) is enchanting. The songs are timeless and I forever associate the mandolin with this movie now.

Dilwale Dulhania Le Jayenge is the longest running film in Indian history, it’s still playing in theaters to this day. The film also won 10 Filmfare Awards, making it the first to do so. 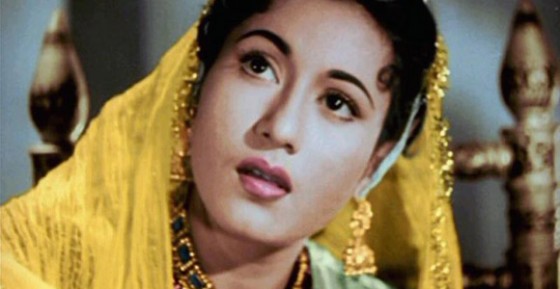 Translates As: The Greatest of Mughals
Year: 1960
Directed By: K. Asif
Music: Naushad

Set in a historical period that seems to fascinate and awe India enough to produce many films, Mughal-e-Azam is a black and white film interesting enough for even me to watch. The film tells the story of Prince Salim of the Mughal empire who falls in love with dancer Anarkhali and the battle that ensues to make her his bride.

The film itself took 16 years for K. Asif to complete and was released partially in color, with a colorized re-release in 2004. 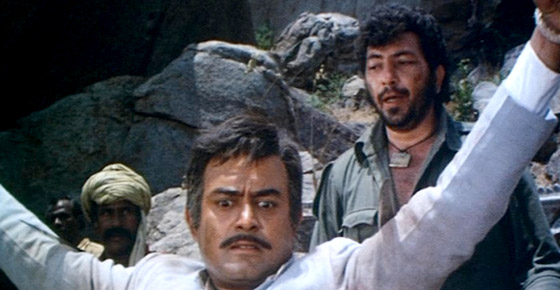 Sholay is a film about friendship before anything else. One of its most memorable songs Yeh Dosti (This Friendship) is actually one of the most easily recognizable songs coming out of Bollywood of that era.

Friends Jai (Amitabh Bachchan) and Veer (Dharmendra) are small time criminals who get roped in by the authorities to catch big-time thief and local terror Gabbar Singh (Amjad Khan). Of course, there has to be a battle over the lovely local maiden (Hema Malini) thrown into the mix to make it a true masala film.

This is the film that sprang Amitabh into ultra-stardom and created the “young angry man” phenomenon that swept Bollywood and continues to be a character type in modern day Indian cinema. 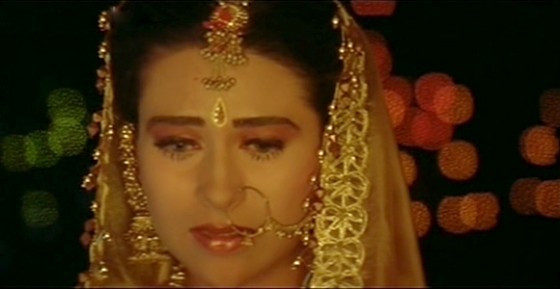 Raja Hindustani (Aamir Khan) is a local taxi driver who picks up a rich city woman — Aarti (Karisma Kapoor) who is on a journey to view the town where her parents met and fell in love.  Through time, they come to fall in love themselves, but both struggle with the decision to be with one another because of their social differences. Aarti and Raja fail to fully trust each other and this leads to devastating misunderstandings and chaos in their already fragile romance.

The item number for Pardesi, Pardesi is one of my favorites to this day. The traditional street performers characterized here put so much passion into this performance that I can’t look away. Today, Aamir Khan is known as one of the best dramatic actors in India, and this early film of his really helped build that reputation. 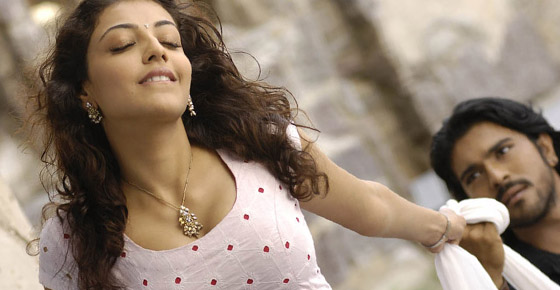 Magadheera is everything but average. The storyline starts off easy enough with a motorcycle racer named Harsha (Ram Charan Teja or “Cherry”) enjoying the single life and racing it out in Hyderabad. On his way out of town for a race, he accidently brushes against a mysterious girl (Kajal) and experiences flashbacks into a past life. He spends the rest of the movie trying to find Indu and correct the romance that failed to take flight in the previous lifetime.

Magadheera was one of the films that pulled me into the South Indian cinema world. It has the old masala (spice) flavor that Bollywood has been losing lately. It has action, drama, romance, and, of course music. The dance scenes were so spectacular I have yet to see anything top it.  The fight sequences were on par (and similar to) 300. Most of S.S. Rajamouli’s films are blockbusters, and he outdid himself with this one.

Of course, it doesn’t hurt if you have the son  (Teja) of the biggest hero in Tollywood (Cheeranjevi)  in your film.