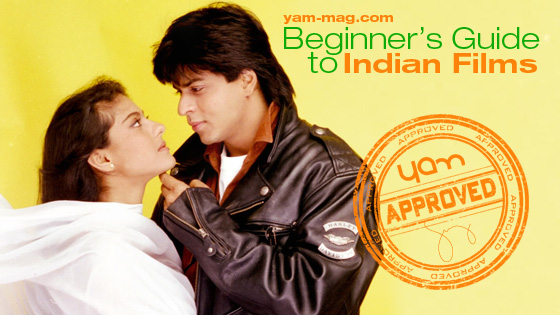 YES! I did it. It’s been sitting on my To Do List for over two years, but I finally did it. There were a lot of detours [1], but it’s finally done. Jenna’s Beginner’s Guide to Indian Films has been conquered! High five!

These are the Indian films I’ve watched for the past (nearly) six months. I’m actually pretty boastful — and I mean really REALLY proud — and I’ve been intent on doing my best because I’ve been having so much fun with all of it. It looks even more messy than before [zoom in], and the mindmap seems to be at its max capacity. I can’t even keep track of all the lines linking actors to other projects… 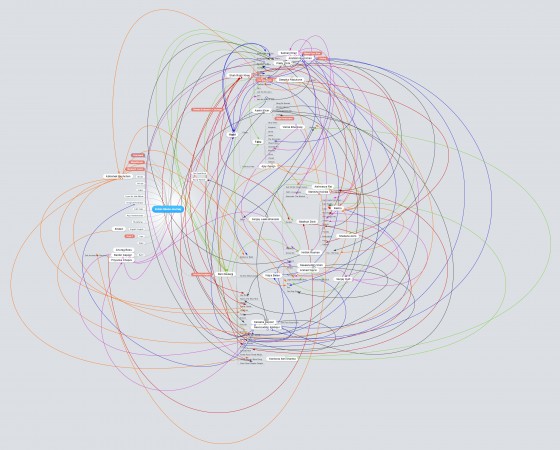 And man… 6 Degrees of Separation must be the most boring game in India.

My most favorite thing in the world now, is of course, Rani Mukerji. But I also had an on-screen affair with Madhuri Dixit (and her eyebrows [1]) and most recently Tabu, which has in fact undermined a bit of my Mukerji obsession. Kuch Kuch Hota Hai is my favorite thing in the world right now (and my friend can’t help but “kuck kuch hota hai” me every time she’s been over or sees me.

What did I actually think of the list at hand?

Well, I got to watch DDLJ on the big screen after purchasing my bluray, and I can totally sing along to Johnny  Lever’s drunk singing in Chalte Chalte as he goes “Le jayenge, le jayenge, dilwale dulhania le jayenge…” — I’m also totally psyched about Lata Magenshkar who has voiced almost every single song in my movie journey (with a bit of competition from Alka Yagnik), and I also discovered I’m a fluzzy for Jatin-Lalit music, and groaned discovering they don’t work together any longer.

I’ve also taken to Dil Bole Hadippa! and I’ve been actually exercising to Bhangra Bistar [clip], because I’m completely useless with girly dances. Whereas I easily took to Rani Mukerji after KKHH, I took an immediate dislike towards Aamir Khan and my -somewhat- interest in Salman Khan quickly diminished with each film. Raja Hindustani didn’t make it better for Aamir (3 Idiots did), but I was mildly surprised with Maine Pyar Kiya. That doesn’t mean I’m team Sallu.

Shah Rukh Khan is another monster on itself. He’s silly… so silly. I can’t hate him, I’m unable to. I don’t know why. I don’t often like his acting or his characters, but I don’t hate him.

Outside of Bollywood… I did not take too well to Arya 2 (I liked Arya better), Pournami needed a little work, but I was totally game for Magadheera and all its larger than thou 400 year old love story. I liked the reincarnation aspect a lot more than with Om Shanti Om, even though I’ve been singing along to Deewangi Deewangi [clip] too much. After starting only with recognizing Rani, Kajol and Salman, I’m confident of knowing about 75% of the people that show up on that sequence now.

My favorite one outside Bollywood, though, was the random Jogwa and Hey Ram! (gotta thank Rani for that one too). I was blown away with both of those films. 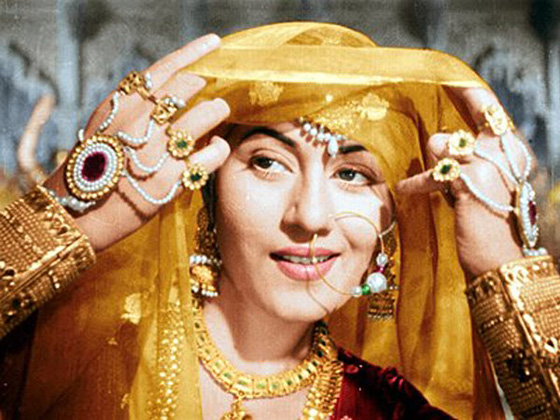 I never do great with classic films, and they take me the longest to catch. But I wished the Indian Embassy had included both Mughal-e-Azam and Sholay into their program celebrating 100 Years of Indian Cinema instead of Bobby or Ardh Satya. Especially taking into consideration how important Mughal-e-Azam is to the industry and its achievements.

In the end, I say goodbye to this 2013 with this post to celebrate this incredible trip down Indian film in the hopes that 2014 will bring forth much more to be watched. And yes, indeed~ One Rani Mukerji movie [1], a Vidya Balan one [1], two Madhuri Dixit projects [1][2], and Tabu’s gonna be in it too [1]! Yup, 2014 seems like it will be loads of fun already!