The Fangirly Diary of a Geek Girl: Treasures of Marvel~

Greetings, my fellow geeks! This week there was been lots of Marvel movies news, what with some regular mortals (including me!) getting to watch Thor: The Dark World, the first trailer of X-Men Days of Future Past, and some announcements and interviews. Also, some stuff from The Hobbit… including cast birthdays~

Let’s start with the MCU boss, Kevin Feige, who talked about a potential Thor 3 movie if the public wants it. And we do want it, dammit!

Thor’s next adventure will be Age of Ultron. So, that’s where all the Thor effort is going. But there are things you will see at the end of [The Dark World] that certainly hint towards and could lead towards a third Thor adventure if that’s what audiences want to see. We definitely have a story we’d like to tell.

Talking about Thor: The Dark World, as the trailers showed, there’s a brief scene where Chris Hemsworth’s Thor parades shirtless in what appears to be his room in Asgard. Yeah, that one was totally Joss Whedon’s idea.

That kind of came from Joss actually. He just said that there needed to be something romantic in there. Then he said, ‘Chris, get your shirt off.’ I said, ‘Well, I don’t know. What’s the why? What are we doing?’ The justification was that it was him coming home from battle, washing blood off his hands. It is what it is. How to weigh into that without sounding like an idiot?

Still don’t know what’s romantic about an (attractive) shirtless man. I mean, there was no one else there. Dude just was washing his (beautiful) body. Not that I am complaining.

Director Alan Taylor had a nice interview with The Huffinton Post where he talked about exposition in Thor: The Dark World, the extra Loki scene that was Tom Hiddleston’s idea, his role as “executioner” in many of the productions he has been in, and after-credits scenes~

We end the movie and there’s a middle credits sequence and then there’s a bit at the end, which has one of my favorite shots in it. I did the stuff at the very end. I am very happy to say I did not do the sequence in the middle of the credits. I’m more than happy to pass that honor on to someone else [laughs].

Here’s a very spoilery editorial about the “Thanos Situation” in the MCU, and how he’s shaping up to be the big bad/end boss at The Avengers 3!

Apparently, Vestra, Strax and Jenny will return to Doctor Who series. Yup, the Silurian-Sontaran-Human trio will be around Peter Capaldi’s Doctor, and there are even people who claim they’ll get their spin-off show. Well, that would be interesting. I did wish for non-human companions and I have nothing against them, even if I don’t love them yet. 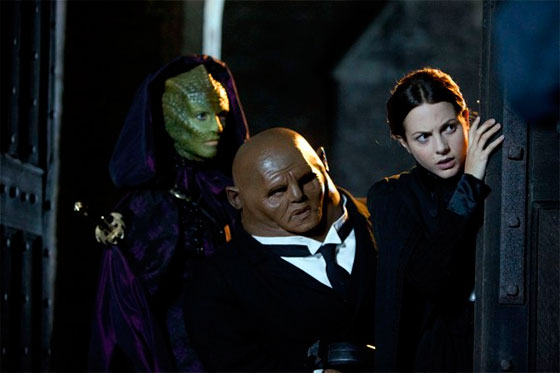 So, we know there’s gonna be a sequel to Independence Day, and now Roland Emmerich has confirmed that the movie has two scripts! Why? Because they aren’t sure yet if Will Smith will return, so they have a script with his character and another without. Welp, that’s an interesting way to do it. If they do it one way, I wonder if we could still the other script. Just for “what if” sake~

Continuing with the sequels, Fede Alvarez (director of the Evil Dead remake)confirmed on twitter than Sam Raimi will be the one to direct Army of Darkness 2 as it should be.

You know how they say they are going to make a movie like The Expendables, only with kick-ass ladies? It’s happening. It’ll be called The Expendabelles (LOL) and for now Millennium Films chief Avi Lerner has said they are in talks with Cameron Diaz, Milla Jovovich, and Meryl Streep for roles. As much as I love Meryl, she really doesn’t have experience in action movies, right? I mean, if this is supposed to be a spin-off of The Expendables, we need ladies with experience in action movies. I mean, if they wanted an older lady, we have Sigourney Weaver or Linda Hamilton! Oh well, I do want this movie and Lerner sure sounds enthusiastic!

The action movie will be spectacular – and in nothing inferior to the three male movies of the The Expendables. There will be battles, special and visual effects and stunts […] Two excellent screenwriters are already working on the picture. Now we are in search of a female director.

Finally, Goosebumps‘ R.L. Stine did an “Ask Me Anything” on Reddit. It was lol-worthy, if only for gems like his answer to “Why did most of the Choose Your Adventures end with my characters’ death? Was I just not good at making decisions?”:

You were TERRIBLE at making decisions. 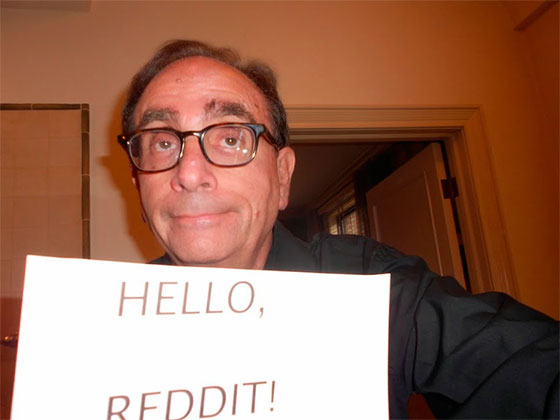