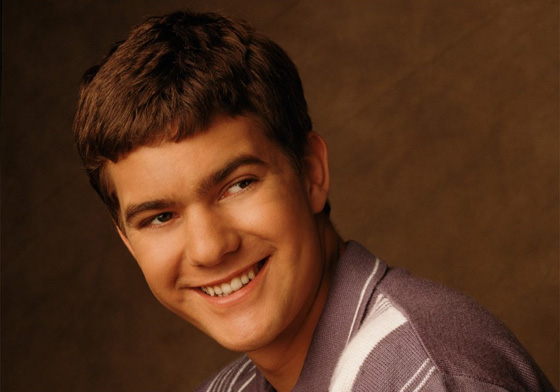 Julyssa: Don’t even get me started on Dawson’s Creek and Felicity. So many emotions, so many televisions series.
Amy: Some people put in more time to watch those tv shows than their own relationships with their significant other…
Julyssa: Dude! I was 13, I had all the time in the world to be in love with Pacey *cough * but lol
Amy: That’s why! That’s when you have the time and can put in the hours… but now? It’s impossible! Why would we watch tv if not to distract us a bit from our daily lives? Then people go and make me live other people’s drama~ xD
Julyssa: That’s true, I mean instead on writing I watch dramas, it’s a great way to procastinate. I am all about Rooftop Prince, and me being all giddy about Yoochun… *cough cough * Or Lee Seunggi in Kings 2 Hearts *coughs some more *
Amy: And then you’re all dramatic coz something happened in the show that you didn’t like… or you get emotional… or overly happy…
Julyssa: Or dramatic because something happened that was so good, you should have seen me flailing last night… and then I write kick ass reviews? :P
Amy: I mean, last time I put in the hours was for Jin and Jin 2 – I think that was 24 episodes for both the series… and I got emotional by the end. I don’t think I had cried in a Jdrama since… since probably Takeru told Ruka his confession in the park in Last Friends. LOL Oh, okay. I’m lying… I also cried in the season finale of Atsuhime because that was also putting in the time after 49 episodes… a whole year watching, so I was emotionally invested. Then again, I cried so much in that Taiga at times.

Julyssa: ahhh Last Friends! You know, I really don’t think a second season would’ve done that drama any justice. It was perfect as it was.
Amy: I didn’t think it was perfect for the show, but it was perfect for Ruka and Juri Ueno. That’s the thing about the format, though! Asian dramas are short, but they’re never afraid to be a bit dramatic without that “shocking factor” so it’s easier to get emotionally invested… in a shorter period of time.
Julyssa: So therefore you don’t have to invest much of your own time, yet get the emotional satisfaction.
Amy: I’ve watched the first two seasons of Mad Men, and they’re really good… but I never got emotionally invested. I knew it’s a good drama, groundbreaking… but I never felt the need to feel bad for a character.
Julyssa: But with American dramas, for example, well they demand a whole lot of your time, and even more of your emotions. So the conclusion is that shorter is better? For the sake of all of us? And most importantly our sanity?
Amy: Exactly! Yes, shorter is better. It’s not how LONG it is, it’s how you use your time, your characters and your emotional hooks.
Julyssa: A good writer can make a story fly in less then 50 pages- heck even 20! So why not in less then 5 episodes, right?
Amy: I was emotionally invested in the 2-hr mini of Madame Butterfly, Japanese version. I didn’t need the production design to transport me to the era like in Mad Men, I didn’t need a groundbreaking story… just the simple story of Madame Butterfly… the overly westernized version of what a Japanese woman was… but from the point of view of the Japanese. That was enough to interest me… Of course, with a bigger budget, it would have been stellar… but the emotions by the end scene, it was there. I cared for Chouchou-san right there. Which bring me to the point of…. miniseries. HBO does good miniseries…