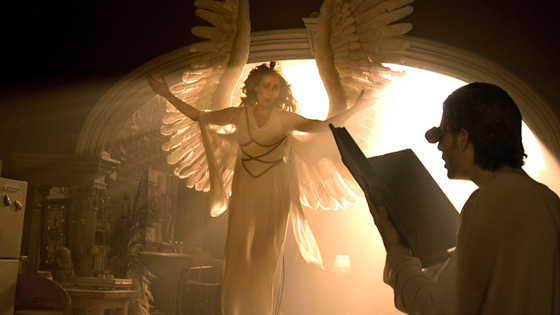 Julyssa: Mini series yes… I have seen some kick ass mini series spurting from Korea: The Daughters of Club Bilitis was one of them and then last year we had Girl K.
Amy: I don’t think we’ve covered many miniseries on the site… I think we could do a lot better.
Julyssa: Hmm… I guess I can watch those two mini series I just named, again (not that I mind) and do a review.
Amy: Ok, I just checked. We’ve only review five! We need to fix this!
Julyssa: Go whip our writers!
Amy: HBO does a couple miniseries a year, though, right?
Julyssa: No ideaaaaa.
Amy: No other network does them…
Julyssa: Sweden television does. Several actually *goes to check*
Amy: I think the miniseires format is a lot more popular in Asia, too. even though they don’t have the HBO budget…
Julyssa: Korea has always a good budget for all of their dramas. I have yet to complain over production.
Amy: Yeah, but they’re not HBO standard… I think a good chunk of the American public has become accustomed to HBO movie standards, and anything else looks cheap. That’s why even Discovery or History channel specials have amped their budgets, and all their educational programs have some form of cinematic look. BBC too. 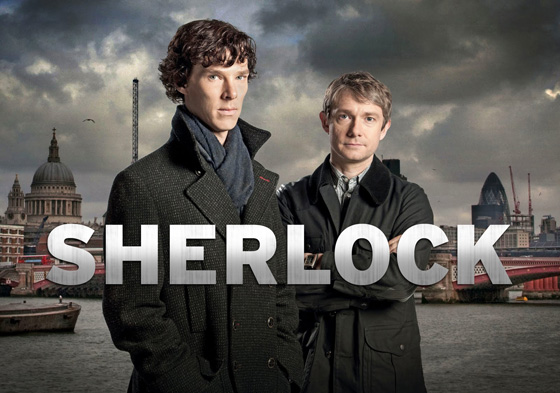 Julyssa: Oh, talking about BBC — Sherlock! Dude, 3 episodes per season. Two season have been aired, and it’s the most perfect series I’ve ever seen. I really don’t want it to be longer.
Amy: The BBC has a different standard… I think many of their shows are like 3 or 4 episodes…
Julyssa: I am so content with what I’ve been given, because it all is so good! So I guess shorter is better…
Amy: Or…… we’re just lazy. haha
Julyssa: No, no. I am putting Sherlock as the perfect example of shorter being better
Amy: Watching tv – we can compare it to eating at a buffet — why eat a LOT of one stuff, if you have a table full of other things! I can’t commit to a bowl of arroz con leche when there’s mazamorra morada next to it.
Julyssa: I was actually going to compare it to saft, if you put too much water in it, it turns dull. The less water, the sweeter, but u don’t want it to be too sweet, so you need to find the perfect balance.
Amy: You can watch a LOT of movies in the time it takes you to watch one season of a show… but then, if the show is really REALLY good, you get emotionally invested in a way you can’t (at least, easily) from a movie.
Julyssa: I think that the discussion of which is better between movies and television is for another week. So I say, less is better when it comes to tv series, one or two seasons should be more then enough
Amy: Movie magic happens rarely… but when it happens, it’s as good as any 4-season show, but instead of 4 years, in just 2 hours. It’s not only how long the shows are… it’s a matter of how long some of those seasons are. Network tv is… guh, +20 eps per season O_O That’s half a year of your life… with a Xmas break in between!
Julyssa: I think that I can commit myself to 20 episodes per season. But I have it good because Korean television show 2 episodes per week. See! Shorter is better!
Amy: I can’t do 20 episodes any longer… First, cable spoiled me with seasons of 13eps, then Jdramas came with their sometimes even shorter seasons…
Julyssa: Oki so you are spoiled, I am also somewhat spoiled and we are now wanting shorter seasons. See, shorter is better, end of story!
Amy: shorter, faster, better
Julyssa: Oh the innuendos….

Amy: I want to know if the people that have taken the time to read this think it’s hard to get into American shows now that they’ve taste other formats…
Julyssa: Or the other way around, some might think that shorter isn’t better. They prefer the long run.
Amy: And to those who haven’t seen anything outside the American format, how they feel about having to wait for seasons each year… and how they feel when their favorite show face cancellation. And if people aren’t emotional invested in those shows, why do they watch them?
Julyssa: Good questions! Let’s see what the masses say. I think that for now we must bid adieu!