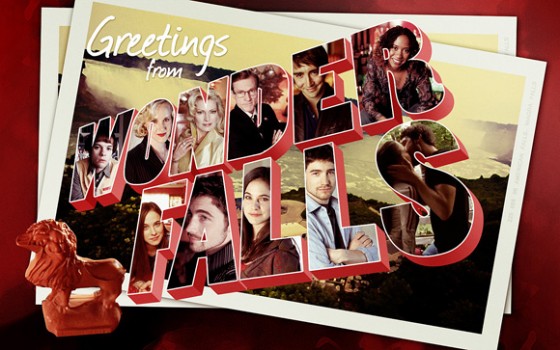 Amy: Bryan Fuller has had the luck (or maybe not, if you think about it negatively) to have gotten Wonderfalls, Dead Like Me and Pushing Daisies all cancelled before they got tooooo long. And they’re pretty perfect the way they are…
Julyssa: Interesting. Talking about first seasons: Popular… are we sad it ended that way or are we still craving for more?
Amy: Ryan Murphy is a crazy guy, but I loved Popular to death, even in its low moments. However, I am super sad and deeply scarred by the way Popular ended. It haunted me for years, and probably still haunts me. I mean, it was pretty low from The WB to tell the production there was going to be a Season 3, and that it was ok to finish the season in a cliffhanger.
Julyssa: Yeah, I wonder what could’ve happened had we got a third season. Would it have kept its sass or would it have gone the way Glee went.
Amy: Oh, you didn’t here the rumors?
Julyssa: What rumors?
Amy: Season three was going to be REALLY crazy.
Julyssa: It was? 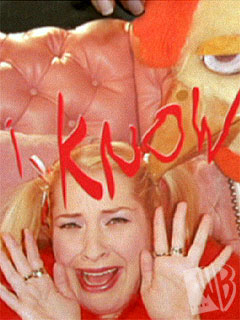 Popular – Season 2: I Know What You Did Last Spring Break

Amy: It was going to be like 10 years into the future or something… and they were gonna tear down Kennedy High, so Mary Cherry went to save it and bought it off to make it something a la Melrose Place. LOL That’s Mary Cherry saving something for ya’ — That’s the rumor, of course.
Julyssa: Pfft. Then I think I am happy it ended that way, although we got that horrible, horrible cliffhanger…
Amy: There was a really REALLY amazing fanfic result out of that horrible cliffhanger. Though, in the Popular DVDs, they talk about how Harrison picked Brooke and that’s why she ran off~ Oh, that reminds me! That’s another thing about tv formats! Americans cancel shows left and right! It’s unfair on one side… understandable on the other, but I’ve never heard of kdramas or jdramas being cancelled even if they suck. They run their course, so we have closure…
Julyssa: that is true. Again, I point at Mary Stayed out all Night and Dream High 2 *shudders some more * So what do you think Ames, what is the best format for a teve series? One season, with… let’s say 20 episodes at least (you know, to get the story going and let the characters develop some what) or several seasons where, the story can go either way and we are stuck with on series for at least 3 years.
Amy: There’s a positive side to letting characters develop, but we can’t – actually, we can, but we don’t have the time to watch them grow any longer. I think I’ve compared watching television to having a relationship… it takes time and effort, and I think it’s hard for people like me to make the commitment to a show… when there’s so many other shows. I love that I have a personal connection to Buffy, or Battlestar… or Dead Like Me, but I think it’s hard to keep up with the years. It’s easier to do it when you’re a teen…
Julyssa: So… the conclusion is what then? It’s up to every person to see fit where they put their emotions regarding fictional characters?
Amy: We’ll leave the emotional connections to long-term character relationship to those who have the time… for the rest of us, the ONE PERFECT series of one-time running is enough, and more than satisfactory.
Julyssa: *sighs * Dream High 1…. *sighs some more *
Amy: That ship has sailed. hahaha

Julyssa: In my perfect world, Dream High 2 never happened, only Dream High 1 exists. The funny thing with a perfect season, is that when it’s so awesome, you don’t mind seeing it again and again- like me seeing Secret Garden 3 times.
Amy: That’s the thing about that one perfect season, it’s so good you can watch it over and over. Like Firefly. It got cancelled (fans only got closure with the internet and then the DVD), but it was cancelled after 4 episodes, I think. I was lucky to not have gotten into Firefly until I saw it on DVD… I think I would have been a mess if I had to live through those days.