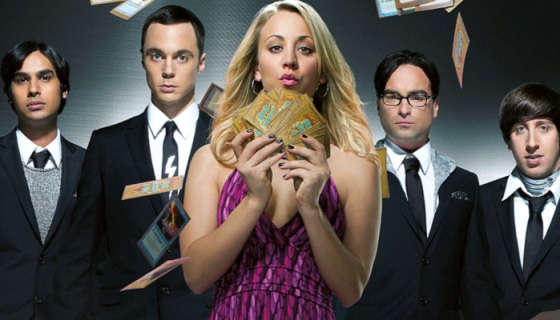 The Big Bang Theory doesn’t waste any time in fixing the big mistakes they commited by the end of Season 4, as the show quickly ditches the potentially dangerous angle regarding Penny (Cuoco) and Raj’s (Nayyar) possible one-night-stand in the Season 5 premiere. A few episodes later, Priya (Aarti Mann) and Leonard (Galecki) are no longer a couple because a long distance relationship doesn’t work out for them at all.

Season 5 goes a much simple route than the past season, focusing mostly on the development of its three main couples: Penny and Leonard, Howard (Helberg) and Bernadette (Rauch), and Sheldon (Parsons) and Amy (Bialik). While Penny and Leonard go back into “will they or won’t they” mode once again, Sheldon and Amy take a large step and become an official couple. On the other hand, Howard and Bernadette’s road to marriage anchors the season having her moving in with Howard and having to endure him still living with his mom (now iconically voiced by Carol Ann Susi), as things get complicated when he gets selected to work for NASA.

The season changes the driving force of the series, as the women are now carrying it while providing most of Season 5’s best moments. Kaley Couco, Melissa Rauch and Mayim Bialik are masterfully used to keep the it fun and fresh as their friendship makes for pretty enjoyable and sincere moments making the stuff involving the guys watchable and fun.

Rauch was great at playing off Simon Helberg’s Howard and providing his character with a lot of growth — it’s amazing how Howard started off as a creepy guy during the beginning and ended up being a mature man (when compared to the guys) by this year’s end [1]. Kaley Couco is still vital to the premise as the non-nerd woman who prevents TBBT from getting too nerdy and shines stronger than she did last year, but Mayim Bialik emerges as a bigger show-stealer than Jim Parsons. Bialik’s Amy helped make Sheldon look more than just a selfish asshole and she had plenty of great moments this time around, including a glorious moment involving a tiara. I really hope the Emmy voters stop viewing her character as a Sheldon clone because she’s more than just that. Plus, Mayim Bialik is worthy of award recognition.

The male cast members are good in their roles. Simon Helberg lived up to Howard’s ongoing storyline, while Galecki looked more confident as a lead actor and Jim Parsons had his shining moments when it turned into “everyone vs. Sheldon” mode midway through. On the other hand, Raj is a problem for the show. Unlike the rest of the characters, he has barely been developed at all during the entire series, ending up stuck as the guy who can only talk to girls while being drunk. This time around, they have briefly teased him as a possible LGBT character, which could be followed up next year.

Something I noticed this season was that the very few times Raj gets the spotlight, it comes at the expense of toning down the rest of the characters. Case and point, The Wiggly Finger Catalyst, which had him going on a date with a deaf girl and Sheldon being badly written. TBBT should either fix Raj soon or kill him off.

Overall, Season 5 rivals Season 2 for the best of its running. The display of heart, one of the strongest aspects, is at its best near the end, which features a game-changing event for the characters and the show as well. Season 6 better treat all of their characters carefully, considering the quality upgrade they had this year.