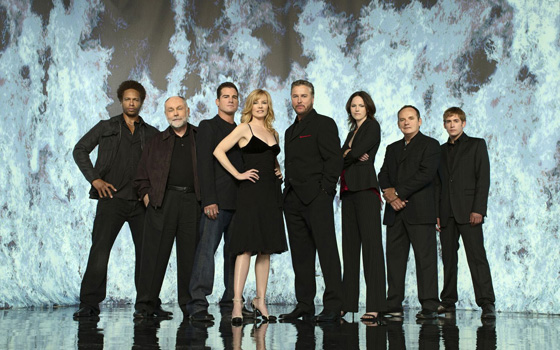 Julyssa: I think that the only series in where I don’t mind several seasons are criminal dramas. I can never get enough of Bones nor CSI.
Amy: The thing about Bones or CSI, though… you don’t need to follow the series to get them. I love watching re-runs of CSI, especially the Grissom era. In general, I’m a Showtime girl – or I was…. I was all Weeds, Nurse Jackie, Dexter and stuff…. and I haven’t even had the urge to keep up with Dexter, and I think this is the second season of Weeds I miss.
Julyssa: Oki, so let me ask you this, if those series had been done in less then 16 episodes with only one season — would that be enough for you?
Amy: I would have LOVED Dexter if it had been that NEARLY perfect Season 1, even though Season 4 was off the hook. I would crave for more, but I would be content to have that one perfect season.

Julyssa: I think that what I like with the Korean, and I guess also Japanese, way of doing dramas is that more stories are produced each season, instead of it being the same series season from season. Also, the not having to wait — I think what I despise the most from American series is the wait between seasons. But then again, I am greedy.
Amy: I think it’s eventually better to leave the viewer like that… craving for more, wanting a reunion… anything, except “omg, this has gotten so dull.” The thing about the American format, however, is that it’s made to make money. Syndication can only be achieved through a minimum run, I think.
Julyssa: Hmm… it’s not like the Asian format isn’t working, they sure must be making money.
Amy: I don’t think they make much money in the one season deal, they don’t get much and that’s why they rely on sponsors and having idols who rely on making money through deals. Acting is a pretty lousy way to make a living, as far as I understand.