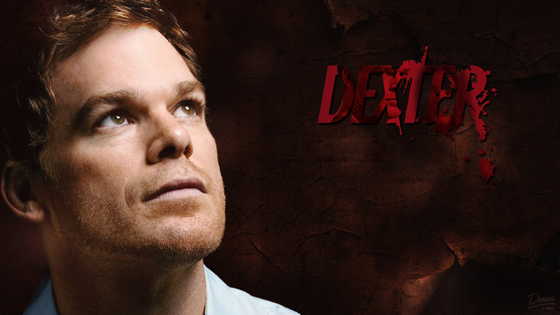 Warning: This season contains big spoilers of Season 6, which will make that season even more impossible to watch.

With a cliffhanger the size of the iceberg that sank the Titanic, it was hard for this season of Dexter to suck… and if the season did suck, it wasn’t going to be the fault of Spoiler –> Deb finding Dexter out <– because I would argue that has been the most interesting aspect of the development of the Dexter and Debra relationship.

Somebody give a motherf*cking award to Jennifer Carpenter for carrying the season already!

How the f*ck — in Deb’s own lexicon — was she going to react to Dexter being a serial killer… let alone, The Bay Harbor Butcher? Well, that’s the beauty of this season, as Deb becomes the balancing force of the show when Dexter, as per the usual needy sociopath of his character, decides to break The Code again when he meets Hannah McKay (Yvonne Strahovski)… a sort of a would-be femme fatale with a storyline that has dangerously stepped over True Blood and Twilight territory, getting a big chunk of the fanbase up in arms with their pitchforks ready to dispose of this “bad, BAD serial killer woman.” It’s true, though, sometimes Dexter should not have voice overs and keep quiet because his explanation of chemical reactions was full of cheese that ruined the blunt setup Dex and Hannah had when they first met. Besides knowing Strahovski would be staying for the season, we all knew she was attracted to people who could kill and would be bad business, right?

This 7th season also got rid off that useless intern storyline, which made us all sigh with relief and got the storyline with Isaak Sirko going (Ray Stevenson). Sirko proves to be all class as a formidable Ukrainian mob boss looking for vengeance for the death of *gasp* what people couldn’t decide was a brother, a son… or a lover. The revelation, of course, gave us a great dialogue-driven scene between him and Dexter, pushing Dexter over that fine line between the serial killer that we have come to… sort of care for, and the monster he seems to have come to embrace.

Though quite uneven in pacing — particularly dragging with detective Quinn’s storyline — this year’s season has been prime to throw the little pebbles for the final season to be broadcast next year, with detective LaGuerta behind Dexter’s Bay Harbor Butcher steps and pushing Dexter over the line, ditching a number of his Dark Passenger’s characteristics, which made the show in its first seasons. A Dark Passenger there is no more, there are no more ritual killings, no more slides. There’s only one monster, and that is Dexter.

But let’s all be real for a second, this next to last season has been all possible because of Debra and Jennifer Carpenter, be it hyperventilating in her love confession, being a badass while questioning criminals, or a verbal stand-off with this season’s favorite “I hate” character — Hannah — it was all Deb giving it to us and suffering through it all. Though she’s always been one of my favorite characters in the show, I’m aware some people hated her (and still do, for some reason). But you can’t help but feel completely depressed for what her character had to go through just now.

With the developments of this season, can’t wait for the last.

Make it a worthy one, Showtime!