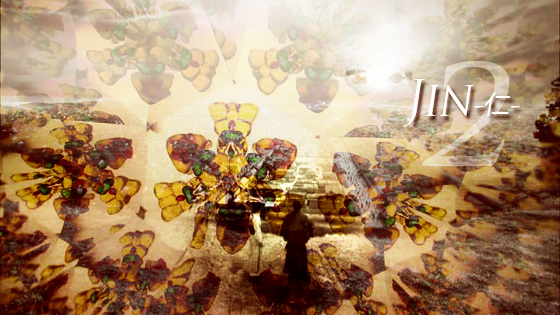 Jin 2 is the second series of the 2009 Japanese drama, Jin, about the brain surgeon who time-slips back to the Edo period in 1862. Still stuck in time, Dr. Minakata Jin (Takao Osawa) has been living his life in Edo during the years of very important historical changes, which play a very important role on this series continuation.

The role of Sakamoto Ryoma (Uchino Masaaki) had already been built up from the previous series. He sets things in motion for the overthrow of the Tokugawa Shogunate, which means tons of other historical figures make appearances, including Princess Kazunomiya (Tomoka Kurokawa) the wife of Shogun Tokugawa Iemochi, and a prominent role for Saigo Takamori (Takahiro Fujimoto). Somehow I’m left with the urge to watch NHK’s Atsuhime once again.

The main problem I have with Jin 2 is that it becomes a period series and sometimes it feels the “medicine” side of it is set aside for everything political and historical. I love to hate on political games, but the treatment in the show only made Dr. Minakata Jin show all his faults as a character. He is naive by not thinking ahead when he should be and always choosing what will eventually bring trouble. The doctor is lucky he has such a loyal group of people surrounding him to protect him.

Osawa’s performance is a little too much when these dirty games are being played on his character, and probably will make people who would generally watch historical political dramas churn. However, he makes up for it when he has to be the moral compass of these prominent figures — Jin’s bromance with Ryoma is specially touching and amusing. Osawa seems to have much more chemistry with Masaaki than with Miki Nakatani or Ayase Haruka back in their respective roles.

Though Nakatani isn’t back as Nokaze (or Miki) for much of the series, her scenes are some of the most interesting ones. I especially liked the scene when she’s getting herself checked for breast cancer… and after all of it, Nokaze still remains a mystery. Ayase Haruka, on the other hand, had shown some of the complexities of Saki’s character and expands on them enough to give us one of the most tear-jerking monologues of recent Japanese dramas. I may not have liked the road, but that was one heck of an ending scene.

The time-travelling story in Jin 2 makes little sense (or maybe it does — you are welcome to discuss this with me) and feels very unsatisfying… but then again, who didn’t love Back to the Future? That idea that even the smallest change in the past can alter everything you know about the future — a small part of me wanted the series to not have to deal with the logic of time-travel.

In the end, I would recommend Jin 2 only to the people who liked Jin for its alternative history take or that impossible love quadrangle of Saki-Jin-Miki-Nokaze.