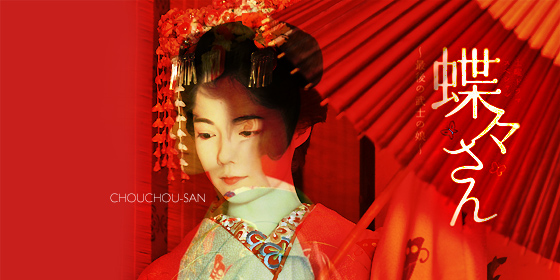 Who here is familiar with Puccini’s opera, Madame Butterfly? Chouchou-san (蝶々さん) — also having to do with “butterfly” — is the most recent take on the popular tale of the geisha that fell in love with a U.S. Naval officer, and the tragedy of their story. Of course, that is opera. It’s big, dramatic, tragic… and from the point of view of the Naval officer.

Chouchou-san is all from Chou’s point of view. This is why you get Aoi Miyazaki for the job. One of the brightest actresses of her generation, it’s really unsettling to see the amount of good material that passes through her hands.

The two-part miniseries, a bit longer than one hour in running time per episode, begins with a performance of Madame Butterfly in 1930s Tokyo. A Japanese man (Hideki Noda) seems bothered by the dramatic performance. He then sits in the lobby and runs into another attendee raving about the realness of Tamaki Miura’s [1] performance.

The Japanese man has come all the way from Nagasaki, where he knew the real Chou, while the other man (Jay Kabira) begs him to tell him about it — but he’s a foreigner, so how would he understand? He reveals that his mother is Japanese — perhaps he can at least understand half the story.

Chouchou-san is actually not a love story, but a revindication of the famous story. Aoi Miyazaki’s geisha does not fall in love with the U.S. Naval officer, Franklin (Ethan Landry), because she needs saving or needs to be swept away. The characterization of Chou is deeper and more complex than Puccini’s renowned opera — or any other story in which an Asian woman falls in love with a Caucasian man — could wish to be.

The first part of the miniseries is solely focused on Chou’s life at Suigetsu-ro, a brothel whose proprietress, Ohta Matsu (Keiko Toda), has adopted Chou to succeed her when her time comes. However, her time comes too swiftly and Chou is entangled in all the dirty dealings of her surrounding riches. During this time, Chou establishes important relationships with o-Kinu (Tomosaka Rie), and Soshichi Obiya (Toshiyuki Nishida), who will be key for a number of things including rekindling her friendship with Isaku Tanigawa (Atsushi Ito) and his sister, Yuri (Ikewaki Chizuru).

All this build up is pivotal to understanding why Chou would fall for the scheme of the shameful “Nagasaki marriage.” Chouchou-san also isn’t black and white on Franklin’s representation. Though the intentions are clear from the beginning, Ethan Landry’s performance makes him palatable, and we begin seeing him as Chou is. However, it might be Ito’s Isaku asking us straight, “Have you woken up from your dream?” that brings the whole story together.

It is because we understand where Chou comes from that the tragedy of the Madame Butterfly ending hits the right notes, without any of the big drama of the opera. It’s solemn and almost dignifying in the nature of Chou.

Obviously, the setup of 1930s Tokyo makes the ending cheesy, and the whole production value of the miniseries is telling. This isn’t HBO, there’s no budget or amazingly shot frames. The whole project is carried on by Miyazaki and with a great supporting cast — Tomosaka Rie and Kimiko Yo are some of the highlights when they get to be on screen.