Julyssa: Hello everybody and welcome to another editor’s chatroom!
Amy: Alright!
Julyssa: This week’s topic:
Amy: TV, how long they are!!!!!
I want to start off by confessing something~~~

Julyssa: Oh! A confession! Go right ahead~
Amy: I haven’t watched a single new American tv show in, at least, 6 months.
Julyssa: What happened to Glee? 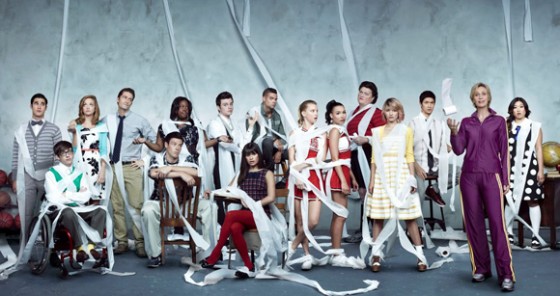 Amy: I stopped watching around… episode 2 or 3 on Season 3, because it was just… so frustrating. Since then, I just haven’t had the passion to put in the hours to watch television anymore, even though I KNOW that TV is kicking some major Hollywood butt.
Julyssa: Well, I don’t know about kicking major butt seeing as I am not watching that much Western television. The only American shows I am following at the moment are Smash, GCB, How I Met your Mother, and The Big Bang Theory.
Amy: But all the women of Hollywood are turning to television for meaty roles!
Julyssa: Oki, but that is not the topic of this weeks chatroom. We are here to discuss series length, good or bad.
Amy: I know, it’s how long they are!
Julissa: Yeah, when it’s too long it gets frustrating. For example Glee or Gossip Girl, even Grey’s Anatomy.
Amy: To be honest here, I’ve become a very lazy lazy tv viewer… I just don’t have the passion to put int +20hrs of my life to watch…
Julyssa: Yeah, Asian television has made us lazy. I like my 20 episodes shows, and then it’s bye-bye. Japan has even less.
Amy: It’s not even Asian for me, it’s solely Japanese television. I know we always talk not-so favorably of Jpop, but I’m here to defend Japanese television.
Julyssa: Defend it away!