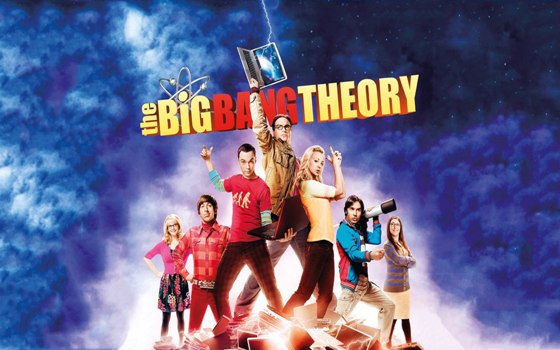 The Big Bang Theory ended its fifth season on a literal high as Howard Wolowitz (Helberg) was sent into outer space as a married man. However, the novelty factor of exploring Howard’s outer space journey quickly wore off thanks to the lousy screenwriting that zapped the fun out of seeing him at work. Meanwhile on Earth, the rest remained almost the same: Leonard (Galecki) and Penny (Cuoco) were still figuring out about each other as a couple while Amy (Bialik) and Sheldon’s (Parsons) relationship was slow-paced as usual.

Things change for the better when Howard returns to Earth — this happens quite quickly, thankfully — which gathers the entire ensemble together and that’s when The Big Bang Theory works at its finest.

Season 6 is actually good in terms of how the characters and couples are used and the involvement of Steven Molaro as a show-runner (taking over Bill Prady’s duties) is quite noticeable since we’ve continued the human and emotional growth from the last 2 years. We are treated to some amazing highs and some frustrating lows that in turn resulted in an uneven feeling for the show; at times making it frustrating to watch. This year’s installment is different than the previous because the two characters getting the major spotlight are the two extremes: Sheldon — TBBT‘s signature character — and Raj, who has been barely used since the series began… until now.

Sheldon broke out pretty fast as a iconic TV character during the first year because he was wacky and fun to watch. He was always obnoxious towards his friends, but he was still tolerable. When Season 4 started, Amy and Sheldon were paired together and he slowly showed signs of being an asshole, which progressed at a fast pace into later episodes. In here, we see him at his worst (for now) in terms of being highly unlikable — the ones who suffered the most from this were Amy, who wants their relation to be something meaningful, and Human Resources Administrator Mrs. Davis (guest star Regina King), the latter leading Sheldon into oblivious (and unsettling) racism territory.

In spite of the unlikable traits Sheldon currently displays, we also get to see him from the view of a man who tries to overcome his flaws regarding society, friendships and his relationship with Amy. This is something refreshing to see and you would have never expected that from him back in the early days. Jim Parsons remains funny selling strongly all of his lines, especially when Sheldon confronts his relationship with Amy as well as when he’s in the inevitable asshole position.

On the other hand, Raj finally gets used more often than before, as he begins dealing with his loneliness, which has been going on for quite some time. He struck a friendship with comic book salesman Stuart (Kevin Sussman, upgraded to series regular temporarily), which almost led the show into LGBT territory. Unfortunately, that got cut off abruptly for no reason, and then he got a new girlfriend in Lucy (Kate Micucci), who suffers from anxiety issues, leading to a huge payoff for one of the biggest problems with TBBT — Spoiler: Raj’s selective mutism — that should lead Raj into bigger and better things next year.

I wished the writing team used Howard better because Simon Helberg is great at handling Howard’s growth and he had new territory to explore, unlike Leonard (held back for being the ‘straight man’ character) and Penny (who had some bits of development regarding her feelings towards her friends). However, the outer space trip was a chore to watch and his marriage with Bernadette (Rauch) wasn’t completely explored — except for some reality vs. fantasy issues regarding Howard himself — since most of the “couple drama” issues happened with Leonard-Penny and Sheldon-Amy instead.

TBBT is still considerably entertaining, but not as cohesive, funny and strong as the last season was. As far as American comedy network shows with bigger audiences goes, this one stands much stronger than Modern Family.