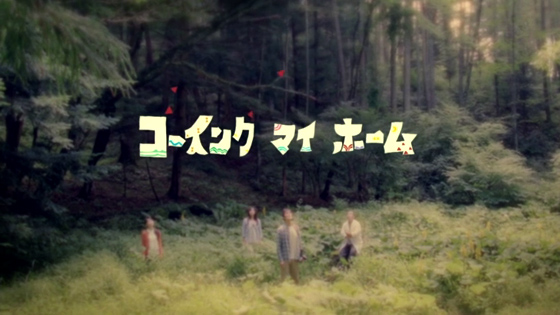 What could be better than Hirokazu Koreeda writing and directing a ten-episode series, marking the on-screen comeback of actress Tomoko Yamaguchi (16 years since Long Vacation); starring Hiroshi Abe, one of the hottest rating draws on Japanese television of the past couple of years; YOU, Toshiyuki Nishida, and to top it all, Aoi Miyazaki, back on the small screen after her success as the title character on NHK’s Atsuhime. The audience expectation was probably at an all-time max with the cast line-up; sadly, Koreeda’s storytelling style keeps missing the Japanese audience interest, resulting in huge drop in rating numbers.

Though only a third of its initial audience stuck around to see the final episode of Going my Home — with a dismal 4.5% [1] — the show isn’t a bad one; filled with great acting and little candid moments, predominant in Koreeda’s films such as Still Walking and Kiseki, which also revolve around family life. Going my Home (funky English and all) follows a beta family man called Ryota (Abe) who is surrounded by the women in his family. First, his wife Sae (Yamaguchi) and daughter Moe (Aju Makita), there’s also Ryota’s mother (Kazuko Yoshiyuki) and his sister (YOU). All of their lives are affected when Ryota’s father, Eisuke (Isao Natsuyagi), suffers a stroke while he’s visiting his hometown without anyone in his family knowing. Trying to find out the reason of Eisuke’s escapades, they discover he’s been meeting with a young woman called Naho (Miyazaki), who has been spending her time looking for mysterious creatures known as “Kuna,” little people similar to forest gnomes.

Very much in-tune with Koreeda’s films, each and every one of the episodes of Going my Home are slow-paced and may be an obstacle for a show that strives in week-to-week viewership. In that sense, the series either benefits from a one-sitting watch (as a nearly 10-hour film) or should have been developed as a film instead, because it’s got a nice story that explores innocence, death and family bonds with all the nice cinematic feels to it that a lot of television lacks.

The acting is incredible, subtly dramatic (we all know it’s going to be sad), yet Koreeda manages to add small comedic moments that fit in naturally in the flow of the characters’ interactions. Great moments included any female character — Yamaguchi, YOU, Yoshiyuki, Miyazaki… and even Makita who plays his daughter — interacting with Hiroshi Abe, who plays against his usual sophisticated and suave guy. Yoshiyuki Nishida, known by Brittany Murphy fans as the screaming Ramen master on The Ramen Girl — can also make you laugh all of a sudden in the middle of a funeral, thanks to his rough exterior yet warm personality… and perfect comedic and dramatic timing.

Even if Koreeda struggles to connect with the Japanese audience, while garnering praise from foreigners and critic circles, he’s still probably better suited for film, and should, sadly, consider staying away from the small screen, especially in this rating-obsessed world. It was downright heartbreaking seeing the ratings drop each week, when you have such a great team of people working together.

Now that Going my Home is over, please consider giving it a one-sit watch. You probably won’t regret it.