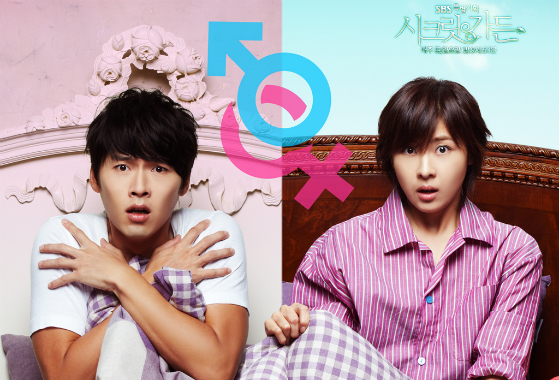 Secret Garden (시크릿 가든) was the drama that took me by storm this past winter season. I thought that the plot was going to draw me in — after a few episodes I forgot about it and concentrated myself fully on the acting. The chemistry between Hyun Bin (playing Joo-Woo Kim) and Ji Won Han (playing Ra-Im Kil) was sizzling, so much so that I was biting my pillow every episode.

There is nothing original about Secret Garden — rich boy falls in love with working class girl and the whole family opposes. Tears are shed while emotions run wild and in the midst of it all, the lead characters swap bodies: a key point that could have been so much more entertaining had they done something more intelligent with it. In all fairness, Secret Garden would have worked without the swapping body gimmick. Which is funny, seeing as that was the selling point.

I had many issues with the plot as I was watching this, so I’m all confused as to what made me so crazy about it. But I did love it — it is a good rom-com with a potentially great plot that sadly failed. Thank god they had good actors. I mentioned the chemistry between the lead actors. Boy was I feeling that heat through my computer. Also, Sang-Hyun Yoon (who played Oska) brought a lot of comedy to the drama. I think that the entire cast did an amazing job.

My suggestion is that you watch it for the acting alone, you won’t regret it. Watch it also for the production — I have mentioned time and time again how amazing Korea is when it comes to production.

Watch it online legally and with subtitles over at ViKi.com