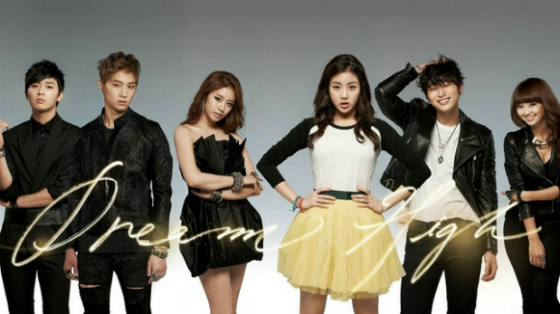 I wish I didn’t need to write this review because no matter what I say, nothing will even begin to explain the disaster that was this drama. Before it began, I was very happy to see Dream High getting a second season and to have Kang Sora headlining it — I adored her in Sunny and I was excited to see what more she could bring to the table.

I don’t understand how the production team behind Dream High 2 could drive the drama over the cliff. It’s not like the original series was an overly complex drama — it was light, fluffy and a little funny/geeky. But Dream High 2 was a cluster f*ck — excuse my language, but there’s no better way to explain it.

What happened to the dreams of making it in the world of entertainment? About the youths learning to cope with failure, as well as success — and at the same time growing into adulthood? What happened to all the cute?

Dream High 2 started off well — the art school had been driven into a rut, its former glory completely lost. So in comes a music label to try to “save” it. In reality it is a ploy to save the label’s artists from public scrutiny. I was down with that, I was even happy that the drama started in that way, taking a different route from the original drama but still keeping the core of it — the dreams of young people wanting to become stars.

After four episodes it all went to hell. I don’t know if it was a personality crisis or the fact that the drama was grasping at straws, but it seems to me that the screenwriter ran out of ideas and suddenly focused on several romantic storylines — this is a classic ploy where the production relies on fan-service: they amp the fluff to keep the fans happy. This would have worked had the acting been good and characters been adorable/relatable.

Sadly to say, this season’s cast was lackluster, some were even superfluous, they didn’t add anything special to the story besides being very badly written characters that were more prominent extras. The thing about big casts is that you may cast the perfect person for each character, but you don’t know how well the group will interact until you start shooting. That’s when the chemistry is of great importance. If there isn’t any chemistry then how will we, as viewers, even get interested?

It’s a pity because the actors of Dream High 2 aren’t bad, but the script was so blotchy it made for some very awkward acting. Jiyeon, Jiwoon, Sora, Hyorin, Ailee and JR are decent actors, I can sense that beyond the mess that were their characters. The only “black hole” was JB, but that might be because this is his first major part.

Here is where I am the most sad and annoyed: Kang Sora was given a character that was so bad, no matter the acting, it was going to be executed horribly. I’m not trying to find excuses to defend her, this is, after all, her first drama, so the next one might save her reputation. She is just going to be very careful about choosing one.

In the end, what made Dream High such an outstanding production was the music. Every song was connected to a special scene and character, so it became a musical but at the same time it wasn’t. The OST is still among one of the most played albums in my music player. Dream High 2 lacked that. Yes, there where songs produced only for the show, but they were lackluster. I think that the only song that stood out was We Are Class B, which wasn’t that inspiring.

Despite all the bad points I bring up, there were times when Dream High 2 was sweet and warm, but it was all strewn around in bits and pieces. There was no real concrete flow in it at all. It’s pretty obvious that the Dream High franchise is a way for JYP to showcase some of his stars. Last year, it helped Suzy, Taecyeon and Wooyoung to gain more recognition. This year it was all about JB, JR and Jiwoon. JB didn’t manage to steal the show, but at least he got the promotion that few rookies can ever begin to dream about.

If Dream High 2 was some form of pacemaker for these guys, then I am disappointed. There’s no need to drive a good franchise into the ground just to let a few people shine. There better not be a Dream High 3 in the making. I will personally mail JYP every single day in protest.

You can watch Dream High 2 for free and legally over at Viki.com