Bastille: Time schedules were stricter here, unlike Day 1. I arrived and headed straight towards the Miller zone, whose line was less crowded and in a matter of time, I bought myself 3 beers and drank them with other folks while waiting for Kasabian to play live. 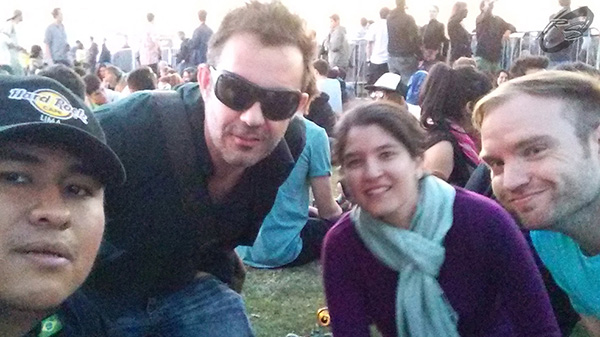 From left to right: Peru, Switzerland, Argentina and England. Miller and Lollapalooza unites the world, as you can see.

As far as Bastille is concerned, they’re alright as background noise. Two moments that really caught my ears’ attention were the snippets of TLC’s No Scrubs and Corona’s Rhythm Of The Night. Nice.

Damian Marley: Prior to me heading towards the Hipódromo alone, I agreed with my buddies to meet at the “alternative” stage where Damian Marley would play despite this clashing against Smashing Pumpkins. I tried to meet my friends, but to no avail and headed back towards Smashing Pumpkins ASAP. 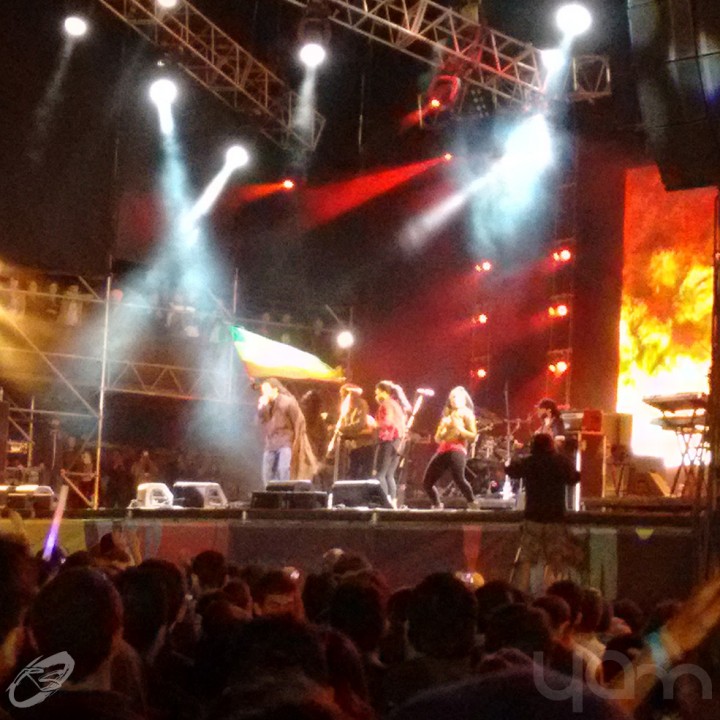 Yep, that’s a shot of Damian Marley’s concert. Stood there for 5 minutes tops.

Damian Marley live sounded quite good from the little I heard of him, so maybe I’ll give him another chance if he comes to Peru again.

DJ Snake: For a minute or two, I made my way into the electronic stage and DJ Snake was playing at the time. Hauled my ass back towards Smashing Pumpkins ASAP after not finding them there. Anyways, here’s a video from DJ Snake’s performance at the festival.

What a surprise. The meme-tastic Turn Down For What was used by someone. Can’t deny that looked fun.

That said, let’s bring up an honorable mention before we head into the Top 5.

I almost decided to mention Skrillex’s act on my Top 5, but I consider him to be a far superior act than Calvin Harris live. I’m not well-versed on electronic music by any means, but Skrillex’s sound is much easier to distinguish than Harris and people enjoyed him like fuck. Even if it was 11pm, I’ve never seen tons of folks dancing and jumping around as if their lives depended on it. Hats off to Skrillex for acheiving that.

I didn’t dance around much ’cause I was tired after Pharrell’s gig, but I can’t deny Skrillex’s popularity. I wished that the Scary Monsters and Nice Stripes bit lasted a lot longer and I would ranked Skrillex at N°4 if he had a guest for a certain song that he used, but that didn’t happen. Much like Calvin Harris, Skrillex ran through a shitload of songs in his act. Pyro shots only came to appear for the end of the show, so kudos to him for not relying on that unlike Harris. 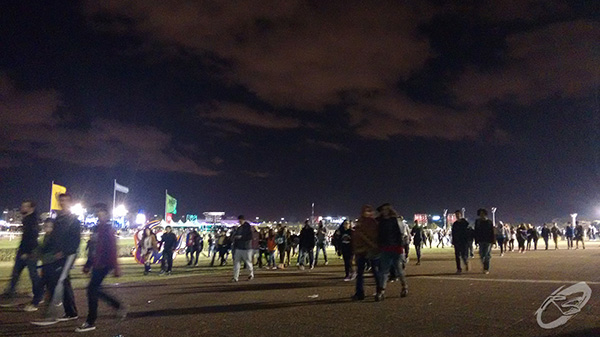 Wow, that sounded more positive than I expected it to be. Now that I’ve seen both DJs (and a couple I didn’t expected to see), there are two that I’d want to check out live someday: Tiësto and Mark Ronson.

Anyways, now into the Top 5.