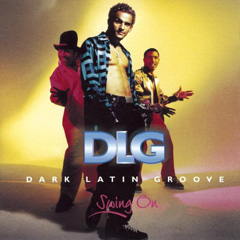 This album alongside Michael Jackson’s HIStory were my first proper album buys, so listening to this takes me back in time.

Way before Ricky Martin went on to sing Livin’ La Vida Loca or was “shakin’ his bon-bon” for worldwide audiences and the Latin Boom exploded, a small group of Latinos in the United States had gathered to make people in Latin America dance. They hit it big with both the lead singles from their sophomore album, Swing On. Juliana was a staple track in parties of every age; kids and adults alike were dancing to the tune telling Juliana “how bad she was.”

Dark Latin Groove, most famously known as DLG (in English), just hit all the right notes for party music with love and rebound love songs to make you dance and shout the lyrics as you sang (or tried) along to Huey Dunbar’s super high notes. However, their most successful song, La Quiero a Morir (roughly translated to “Love her ’til death“), a Spanish cover of Je l’Aime à Mourir [1] by Francis Cabrel, really turns it all around with its music video. Lyrically, the song could be about the deep love for a woman who holds the power of destruction and creation in her hands (so to speak). DLG’s version, played with the music video, makes it about the love of a father for his daughter. The instrumentation shifts the mood of the French original and turns it into quite the passionate song with Dunbar’s voice reaching the sky in those “Ehhhhhhh, ehhhhh, ehhhhs” that even made it to Shakira’s Spanish introduction of her cover for Je l’Aime à Mourir [1].

The album then continues with a Spanish version of Laura Pausini’s La Solitudine [MV][1!!!!!], titled La Soledad with a gender switcheroo and added reggae rap verses by Cyndi Davila to give the album sound consistency, making it a fun devastating song instead of plain heartbreaking. Swing On continues with Es Una Promesa, Lágrimas, and Ya (No Volverán a Herirme), which despite not being weak tracks on their own, don’t hold the album’s backbone… especially Lágrimas, which is my least favorite, most reggae-influenced and most mopey track in the whole set. It’s emo, it’s a song called “tears,” I can’t expect any less.

The album then picks up once again with a mega-bombastic simplified rendition of Celia Cruz’ Quimbara [MV] more complexly titled Magdalena, Mi Amor (Quimbara), with Dunbar’s characteristic high notes as he sings about the pain that Magdalena had caused him alongside the timbales, the rap verses by both Fragancia and Da Barba, and backing vocals by Ivy Queen. Of course, that’s just the prelude to Juliana, the hurtful love song of  the bad Juliana with guest appearance by Cuco Valoy and rap verses by the complementing members of DLG, especially Da Barba’s “Juliana used to be an innocent, pretty girly, but her ways are too corrupt and dirty. Que mala es Juliana, ah!”

Swing On finally reaches its conclusion with the perfect Todo, penned by Omar Alfanno, who ended up writing Son by Four’s only mega-hit A Puro Dolor [MV] and wrote Jerry Rivera’s Amores Como el Nuestro [1] which Shakira’s sampled in Hips Don’t Lie [MV]. Todo is quite the mellow salsa track compared to all the other songs, but stays in line with the theme of love in its absence and soars with Dunbar’s vocals, which are recognizable wherever he may be singing.

Despite (or maybe because of) their success, DLG released one more studio album  before calling it quits and releasing their Greatest Hits in the year 2000. In 2008, DLG got back together without Dunbar, so it’s actually never been back to what the magic used to be.

You can listen to the album on Xiami. | Like it? At the moment you can only get this only as a physical album on Amazon.