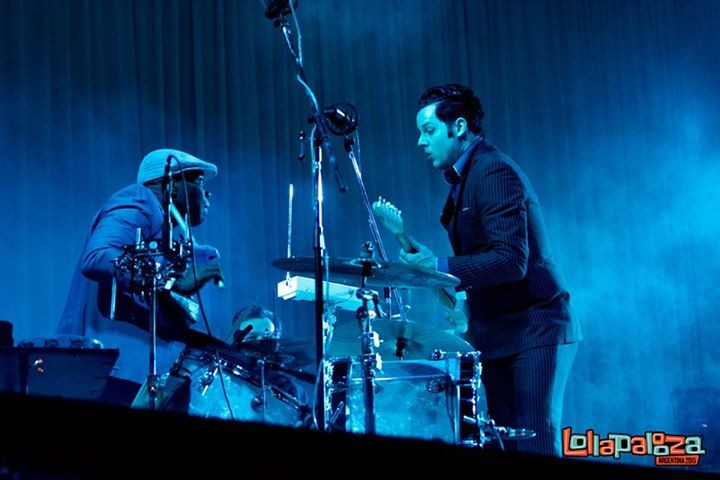 Out of every single act from the Lollapalooza Argentina 2015 festival, Jack White was the N°1 act that I really wanted to see live. Not only did he delivered as I expected, but I also got to witness live an historical moment in the music industry during his gig.

Just minutes before Robert Plant, Cypress Hill and Robin Schultz wrapped up their respective gigs, there was Nicky Romero going against Jack White at the same time before Calvin Harris got his turn to close Day 1 of the festival. While my two friends that joined me swore to stick together, my Peruvian friend (whom is more on the electronic music spectrum) who studied with me at my ex-University and currently lives/works in Argentina decided that he wanted to see Nicky Romero instead of Jack White. To my major shock, the other friend (whom is more punk-oriented and at least was relieved to see Interpol live for at least a few minutes and wanted to see Skrillex as his 2nd most anticipated act) also picked Nicky Romero over White, but he also said that he’d head to White’s gig at some point. I felt alone and literally asked my ex-University friend “Motherfucker, are you blackmailing me?”, which led all three of us to laugh and decided to split and meet later at some point before Calvin Harris began his gig since all the acts on Day 1 had a delay.

Being alone, it was easier for me to weasel my way into getting to a better position to witness the concert live. As time passed by, the crowd that wanted to see White grew a lot, but I didn’t felt as uncomfortable as I did during the start of Foster The People’s gig, which caught me a bit by surprise. When Jack White hit the stage, he got a big reaction and got us off to an unforgettable night with songs from his two solo albums Blunderbuss and Lazaretto as well as singing songs from The White Stripes and The Raconteurs. While I wasn’t familiar with the songs from The Raconteurs, I still enjoyed every song Jack White played since he comes across as a very energetic person and cares about his crowd a lot.

During the first part of White’s concert, my favorite songs were Dead Leaves And The Dirty Ground, Lazaretto, Three Women, We’re Going To Be Friends (check out the video above) and Would You Fight For My Love?, which was followed up by the Elvis Presley cover Power Of My Love. Following that, Jack took a brief break. While the crowd did the Seven Nation Army guitar chant to warm things up and anticipate the song badly, White returned with something I never imagined to happen at all, not even in my wildest dreams. 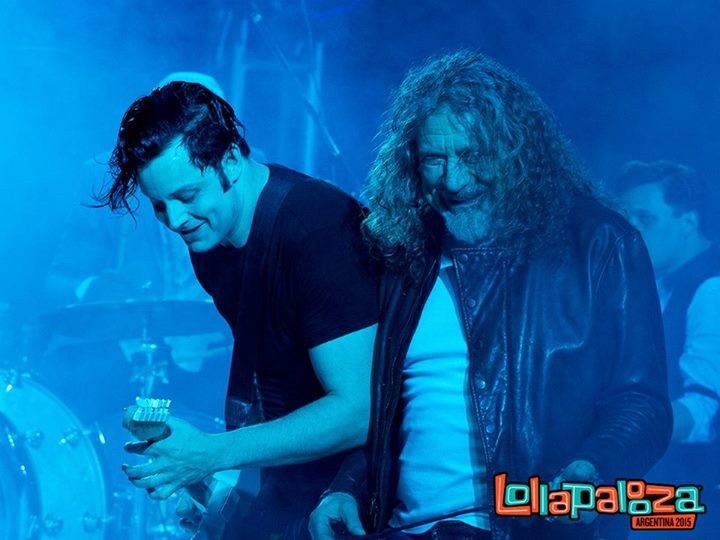 I know some artists have their guests stars for certain songs at certain cities. But this was literally a match made in heaven.

Prior to Robert Plant showing and perform with White a duet of Led Zeppelin’s The Lemon Tree, I really thought White’s gig was excellent. However, Plant’s surprise cameo really hotshotted Jack White’s concert into my Top 5 Favorite Concerts I have ever seen live, which includes Soda Stereo (Lima, Peru 2007), Pearl Jam (Lima, Peru 2011), Paul McCartney (Lima, Peru 2011) and Metallica (Lima, Peru 2010). This was an exclusive for Lollapalooza Argentina 2015 since Lollapalooza Chile 2015 and Lollapalooza Brazil 2015 had White and Plant booked on separated days. However, Chile had Kings Of Leon as an exclusive act (in replacement of Pharrell Williams, who couldn’t be part of the Chilean show) along with Jorge Gonzalez (Los Prisioneros) and Chancho en Piedra, whom I missed out on their concert in Peru last year. Brazil? I can’t remember anything ultra-exclusive for them, but they did had Marina And The Diamonds as an exclusive act (whom cancelled sadly) along with local acts that are big deals there, if I’m not mistaken.

After Plant left the scenario, White quickly followed it up with the rocking Ball and Biscuit. More Seven Nation Army guitar chants from the crowd, which made the inevitable happen after a few songs. With that song, I saved my mobile as hard as I could and enjoyed it the most just like most people did. Others held on tights to their cameras, mobiles and tablets for dear life because the moshpits and jumping around was easily one of the strongest of the festival. I know some people lost their mobiles and cameras, sadly. So did I with my Nike sunglasses on that day, which didn’t made me feel that bad as say, a chick crying because her Ray Ban sunglasses got stomped on by concertgoers. But losing your mobile or camera hurts much more than losing sunglasses or other stuff. The risks one takes when going to a festival or any concert.

One tiny flaw with the concert’s ending (thanks to the festival’s organization) was that as soon as White was done with Seven Nation Army, thanked Robert Plant and the crowd for enjoying the show, Calvin Harris’ gig started almost quickly and not even 1 minute has passed by since White finished his concert. This led to some people rushing really fast to see Harris badly (understandable) while it also made it quite hard for me to find my friends. Thankfully, the 3 of us found each other quite fast and could calmly head towards the main scenario to witness the final act.

All in all, a brilliant exprience worth my time and I’ll easily remember this for live. Thank you, Jack White. And also major kudos to Robert Plant for elevating an already masterful concert to legendary status.