Back in March this year, I travelled to Argentina for vacations, in which I already had scheduled to attend Lollapalooza Argentina 2015. This was supposed to be my first ever concert experience (and first ever music festival attendance) outside of Peru, but I also went to see Manu Chao live two days before the festival began. Needless to say, attending a festival of any type is quite a different monster. Deciding who to watch, going from one scenario to another because Lollapalooza Argentina 2015 had 4 stages, two of them for the main acts, one for the “alternative” acts and one for the “electronic” acts. Also, there’s meeting new folks, enjoying the shows and whatever else that comes with attending a music festival, I assume.

Lollapalooza Argentina 2015 had an early start at midday, yet I arrived late on both days. Prior to the first day of the festival, I spent the night drinking with my friends until 05:00 AM. On Day 1, my Peruvian friend who lives in Buenos Aires arrived where I was located and we decided to eat lunch with my brother and two other friends. 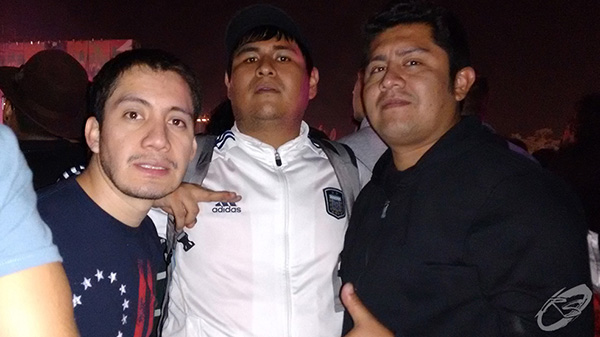 The three of us at the beginning of Calvin Harris’ gig.

By the time 3 of us arrived to the train station ready to head for the event, St. Vincent and Molotov (whom deserved to be placed at a much higher time schedule considering their value among Latin America) were already on stage. We missed out on them, sadly – I guess I’ll never ever see St. Vincent live barring a miracle, but Molotov is something that still can be arranged (let’s hope they don’t retire yet).

By the time we arrived to the Hipódromo de San Isidro venue, Interpol was already 2/3 into their setlist. Arriving to the sound of PDA live made me felt amazing, I gotta admit. On Day 2, I arrived alone and missed out on Alt-J because of lazyness in leaving the hotel room. This led me to a surprise at the train station, which I’ll bring up later. But I arrived in time just to hear Bastille starting and decided get wasted two songs into Bastille with other folks at the Miller zone while waiting for Kasabian to get on the other stage. 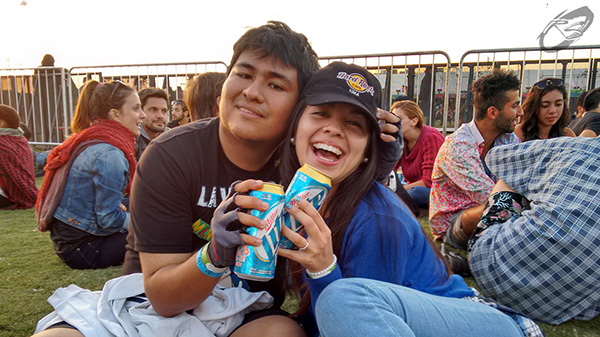 The first person I shared a beer with at the Miller Zone on Day 2, a girl from Argentina.

I could ramble a bit more, but I’ll prefer telling you my favorite 5 acts from the festival that I managed to see live. But before we get to the list, I’ll mention something about every act that I got to hear live that didn’t made it to my Top 5 plus some acts that I regret not being able to see live and my Top 5 favorite moments from the festival.