So you’ve started following the activities of Priyanka Chopra — photoshopped armpit controversy and all [1][2][3][4][5][etc]– because you’ve seen her in Quantico. You’re all aware that she’s probably the biggest Bollywood actress to have a network television program in the United States (and the Western world), but you have never seen a Bollywood movie.

Been there, done that.

I’m aware desi gossip-lovers believe that Quantico ratings is only being held by diaspora people watching the show, but believe me— people who don’t generally watch Bollywood movies have been following Priyanka Chopra news. They post her pictures, follow her interviews. You may not believe this is true, but they do exist!

For the uninitiated Priyanka Bollywood-watcher, her filmography might seem more than a little intimidating; spanning over a decade — over 15 years, really, since she was crowned Miss World 2000, and made her on-screen debut in 2002 in the Tamil film, Thamizhan. Over 50 IMDb credits later… where do you start?

First, I must confess that I’m not a huge Priyanka Chopra fan but, boy, has she earned my respect. I’ve managed to see a handful of her films, so I’ve decided to make a Beginner’s Guide to Priyanka Chopra from the bottom of my non-devoted fan heart to help you all out.

Note: This list is compiled from least essential titles to must-watch.

If you really HAVE TO watch them~ 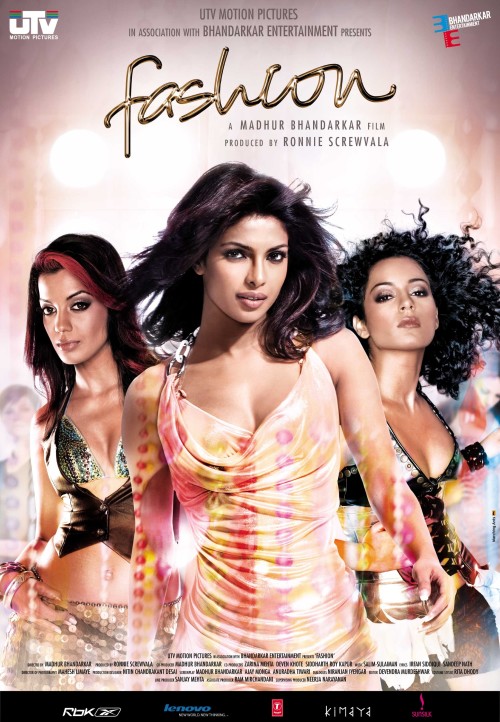 Director Madhur Bhandarkar hasn’t exactly been making good or successful films lately, though he has won National Awards for his projects and his actors earlier in his career [Chandni Bar won Tabu, Ananya Khare and Atul Kulkarni theirs, while being named Best Film on Other Social Issues; and Page 3 earned Best Film in 2005]. His collaboration with Chopra hit its biggest mainstream appeal as Fashion had an estimated Box Office collection of 60cr. INR (around $9M USD at current exchange); and it earned a number of nominations at popular awards (not usual for this type of film), including the Filmfare Awards (with a record 6 noms), the International Indian Film Academy (IIFA), on top of the National Awards earned by Priyanka— and then supporting actress, Kangana Ranaut.

That was 2008, though, and in my opinion (as an international not-a-fan), it’s really outdated. But if you gotta watch, you gotta watch it. The film follows Priyanka’s character’s rise and fall within the fashion industry.

Priyanka is more a side character on Agneepath, but if you want to see her in a lighter mood, dancing to tunes and -mostly- being the emotional support to the ‘hero’ (Hrithik Roshan) of the movie, this is actually a pretty great movie— a remake of the 90s cult classic of the same name; it’s grittier, bigger and louder than your regular 90s Bollywood fare.

In the number above — Gun Gun Guna Re, a duet by Udit Narayan and Sunidhi Chauhan, Priyanka and the other girls in the neighborhood are celebrating Roshan’s sister birthday, as he’s not able to spend it with her and his mother for reasons you’ll learn of in the film. 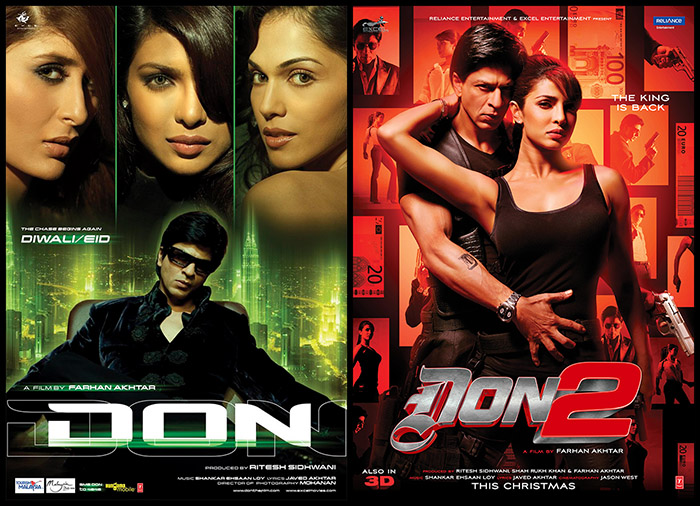 Priyanka Chopra isn’t exactly a protagonist within the Don franchise — after all, like in most movies from any of the Khans (SRK, Aamir or Salman) — it’s mostly a Shahrukh Khan show. Writer/Director-turned Actor, Farhan Akhtar, holds his own directing his crime action cat and mouse chase. The (sometimes) surreal action scenes are what make the movie shine, and there’s an interesting tension between Khan and Chopra’s characters.

Despite the “hindification” of Mary Kom [1][Trailer][2][3], there’s a lot of good heart in the production of the film, which is “based on the life of five-time World Amateur champion Indian boxer Mangte Chungneijang Mary Kom from the very remote district of Manipur, the only woman to have won a medal in each one of the six box world championships.”