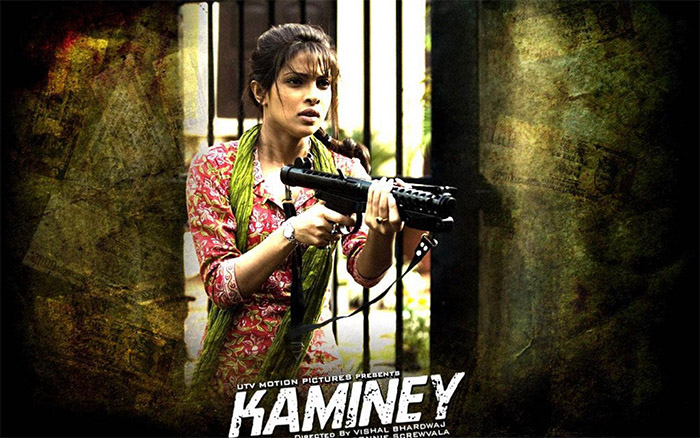 Directed by Vishal Bhardwaj, the maker of serious actors. LOL

Though, Kaminey proved that both Shahid Kapoor and Priyanka Chopra could act to the cinephiles, the duo has also made this Vishal’s most commercially viable (by a slight margin over Haider) film to date. So… win-win. Chopra had followed her Fashion award sweep with this, though she is more like a supporting actress in it. The film follows the lives of twin brothers and their dealings with the Mumbai crime underworld in Tarantino-esque fashion.

I actually feel like she fares better in the acting department in Kaminey than in her subsequent Vishal film, 7 Khoon Maaf. However, her role as Sweety is rather small when you consider she’s the lead in the other.

7 Khoon Maaf (the ‘7’ is read as ‘saat‘) or Seven Sins Forgiven (for us Urdu-impaired people) is based on the short story, Susanna’s Seven Husbands, by Ruskin Bond following the life story of an Anglo-Indian woman who murders all her husbands throughout the many decades of her various marriages, until she finds forgiveness through her acceptance of God.

Musically and lyrically, the film is great as film director Vishal Bhardwaj has his background as a music composer alongside the lyrics by poet Gulzar, who was his mentor. But the execution often failed due to the shoddy make-up to age Chopra through the different stages in Susanna’s life. The film is an interesting challenge in her filmography and stretches her comfort levels on the silver screen.

Everyone raved about lead actor Ranveer Singh (btw, I love him, lol) for his commitment to playing the title Bajirao in Sanjay Leela Bhansali’s epic, Bajirao Mastani [Trailer], but I was actually floored with Priyanka’s pained Kashibai, who made the film for me.

I was a big cheerer for Vidya Balan’s Kahaani, but Priyanka’s fantastic in Anurag Basu’s Barfi!, which sees a Chaplin-esque Ranbir Kapoor looking for love in the wrong place, until he finally sees Chopra’s Jhilmil as his long-lasting companion. It’s possibly her most moving role to date~ 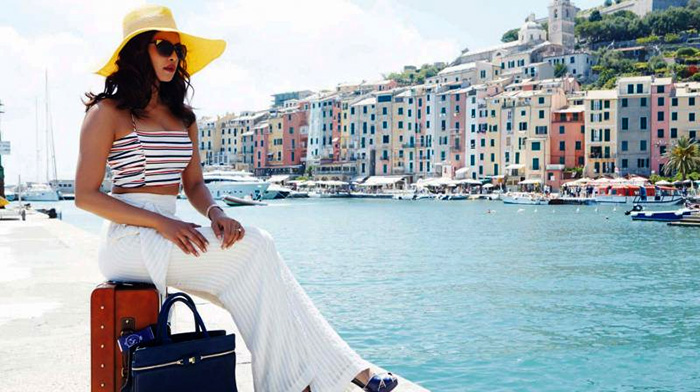 Some of the best roles in the history of cinema have been played by actors who were versions of those characters in real life— Joan Crawford made a successful career out of playing women of humble beginnings who worked hard to get to the top and had to work harder to stay there, so it’s no wonder really that Priyanka Chopra’s best role to date is probably the one where she plays the extremely successful eldest daughter of an -almost regular- Indian family.

In Dil Dhadakne Do [Trailer], director Zoya Akhtar takes the common 80s and 90s formula of the One Big Happy Indian Family trope — where families (and friends of the family) got together, sang and danced to songs, fell in love and made the family bigger — and gives it the dysfunctional spin. Zoya also manages to write her strongest female characters (her biggest hit, Zindagi Na Milegi Dobara, didn’t do that well with them) so full of flaws, making Shefali Shah’s Mrs. Mehra and Priyanka’s Ayesha the most memorable.

So there it is, folks~

Priyanka Chopra’s career highlights! If you think I’m missing a film, let me know in the comments!