It’s getting a little bit harder to keep these categories, but all in the name of consistency! This year, so far, I’ve watched nearly 150 movies (rated 2014 on IMDb) breaking all previous personal records of movie-watching. I crossed my usual 50-mark in the middle of the year, so I’ve set out to make my best first-try Best Of list yet. In the meantime, here’s some of the weird mentions~~~

What Is This Race/Culture Mumbo Jumbo?
I haven’t seen it yet (either), but Top Suspect: Exodus: Gods and Kings.

Though there was a LOT of political/culture mumbo jumbo with Gunday (currently at a whopping 1.8 on IMDb with over 50k votes), my mention goes to Priyanka Chopra’s Mary Kom [1], despite its good intentions. 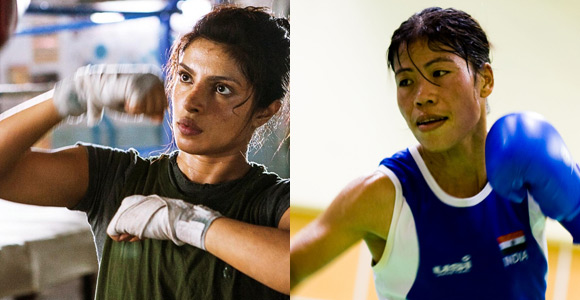 I Did Not Expect That Moment

Scarlett Johansson as a -sorta- man-eater on Under the Skin, so literally the whole movie. And her career as a whole, because I was also surprised with how successful Lucy turned out to be. More power to her.

There were a couple of funny Tom Cruise death moments in Edge of Tomorrow… even though you would think that A Million Ways to Die in the West would have an unfair edge in this category.

Patricia Arquette for Boyhood, obviously, and Rajesh Tailang for Siddharth.

Oh No She Didn’t Moment

Anything Amrita Singh did in 2 States.

Hilarious Fetish Moment
Probably any of the illuminating moments in Golden Chickensss (金雞SSS — yes, that’s three S), though it was not as hilarious as the first two (Golden Chicken and Golden Chicken 2), which you all have to watch. I found that I kinda enjoy watching Hong Kong sex comdies a little too much LOL

Andy On and Philip Ng on their fights on Once Upon a Time in Shanghai (惡戰). You can’t tell much from the clip, but there’s a fighting bromance brewing there. I love it.

This was a popular topic in movies this year, men who are accused of killing their significant others~ Gone Girl, The Vanished Elephant, White Bird in a Blizzard and Horns.

Movie that Everyone Hated But I Didn’t Mind
Grace of Monaco… though Gulaab Gang (I actually love it) comes close.

Movie Everyone Loves But I Didn’t Care for… Much
Guardians of the Galaxy. Definitely.

I didn’t know anything about the film. In fact, it’s my first Malayalam film ever in my life.

So tell me, how about yours?