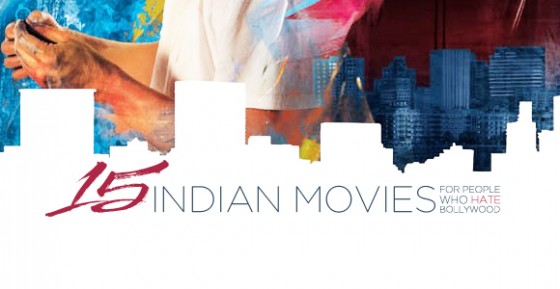 It’s been almost a year — 11 months almost exactly to the date — since I began watching Indian movies, so I decided to write a little something for all of you who never hesitate in telling me that “no matter how bad American/European/Japanese/etc. movies can be,” you thank god they’re not Bollywood.

It’s a common sentiment for people to feel embarrassed of Bollywood movies. Even as embarrassing as liking a major Hollywood release in a room full of Auteur film fans. Ridiculous situations — bad over-the-top comedy and cheese actors — and plot rip-offs aren’t unknown (to any movie around the globe), but worse of all- SINGING AND DANCING OUT OF THE BLUE! Point taken. There are a lot of (bitter) people who just plain hate musicals, regardless of their country of origin.

If you LOVE musicals, though, and haven’t gotten enough since Mamma Mia!, I suggest you start out with Jenna’s Beginner’s Guide to Indian Cinema.

For the rest of you lot, I’ve put together a list of films that you are likely to, at least, be able to enjoy even if you’re not sold on musicals. Though I do believe Indian cinema has made peace with the fact that music is deep-rooted into their film culture, giving us work that doesn’t fully rely on the flashiness of a number but explores and furthers the characters feelings-

So if you don’t like any of these, you can suck it.

For the full list and write-ups (in Spanish), head over to Cinencuentro. [Google Translate]