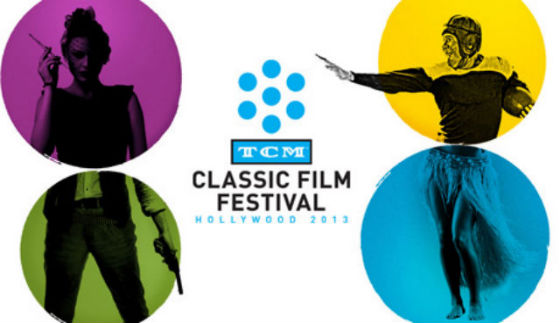 Now in its fourth year, the TCM Classic Film Festival will run from April 25th – 28th, 2013 in Hollywood. This year’s festival opens with a red carpet gala screening of 1968’s Funny Girl for  the Oscar-winning musical 45th anniversary.

For the fourth year in a row Robert Osborne, film historian and TCM on-air host, will serve as official host of the festival.

This year’s festival includes films spanning several decades and genres — from early musicals to film noir, westerns and everything in between — span several decades, including:

Special events throughout the festival include a discussion with Jane Fonda,who will also be on hand for a screening of On Golden Pond – which won her father Henry Fonda his only competitive Academy Award, as well as for a footprint ceremony at Grauman’s Chinese Theater.

Events at Club TCM this year will include a discussion with film historian Kevin Brownlow, a conversation with stuntmen from the movies Airplane!, Blade Runner and It’s A Mad Mad Mad Mad World (which will also be playing at the Cinerama Dome on Sunday), treasures from the Academy archives, a conversation with Tippi Hedren, a conversation with Max Von Sydow, Behind the scenes of Le Mans, classic memorabilia appraisals  film historian Cari Beauchamp will be discussing Frances Marion and other powerful women of early Hollywood, John Bengston will host a virtual tour through silent movie filming locations and Alex Trebek will be hosting a classic movie scores trivia event.

The Hollywood Roosevelt Hotel,  the site of the first Academy Awards ceremony, will serve as the official hotel for the festival. Screenings and events will be held at Grauman’s Chinese Theatre, the Chinese 6 Multiplex, the Egyptian Theatre, The Cinerama Dome , the Avalon Hollywood and the El Capitan. Prints will be shown in a mixture of 4k and 2k digital restorations, as well as 35mm.