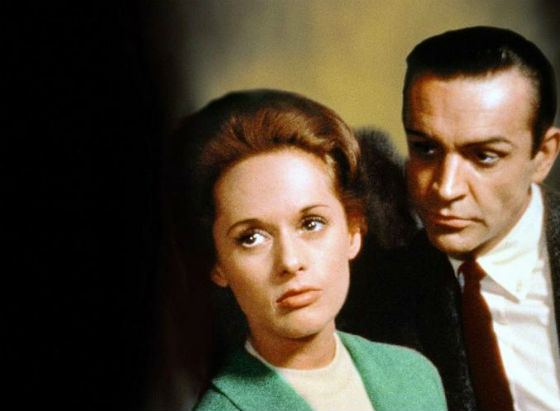 Marnie was actually the first Hitchcock film I ever saw.
Tippi Hedren: Really? The Birds wasn’t the first one?

No, the first one I saw was Marnie and I think I was about eight years old.
TH: That’s a heavy movie for an eight year old.

Then I re-watched it and I was like, “Why did you think this was okay to show to an eight year old, mom?”
TH: I think the unique part of Marnie is that it really opened people’s eyes about the fact that if a traumatic event happens to a child, if it isn’t dealt with right then it will manifest itself for the rest of that person’s life. Marnie’s life was ruined because her mother, because Marnie didn’t have any recollection of it, she was so relieved that she didn’t remember, but it was the wrong way to deal with it.

Most of that went over my head when I was eight.
TH: Of course.

I would put those two on the same level I think. They’re very similar.
TH: Yes. 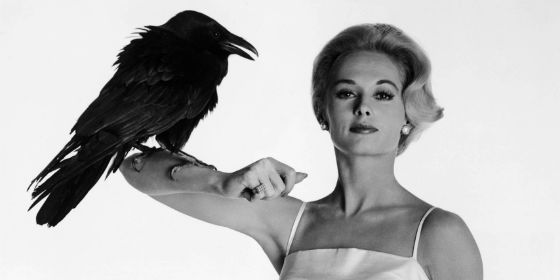 Hedren in The Birds

I also really loved The Birds as a child. The story about, “Because I tell you to,” is probably my favorite Hitchcock story.
TH: [laughs]

I think it says a lot about him as a director.
TH: But also, just the honesty of, “Well, why would you go up there?” and if you don’t go up there, there’s no ending to the movie.