Before I talk about these ten introductory films, I must first clarify what I mean by the term “film noir.”

The term was coined by French critic Nino Frank in 1946 as a way of describing certain American films from that time that shared similar qualities. For me, and many scholars, “film noir” refers to this era when these films were released; roughly 1944-1958, though you will see I have one film on this list from earlier. Film noir is not a genre; films made during this era that could be considered “film noir” come from many genres.

Now that I’ve established what I mean by the term, you can debate with me all you want in the comments.

I also wanted to state that choosing just ten films for this list was a nightmare, I feel like I left so many essentials off. There are so many great films that came out during this era.

Please use this list as a springboard and delve deeper into the films from the “film noir” era, because there are literally hundreds of “film noir” era films that are worth your time. 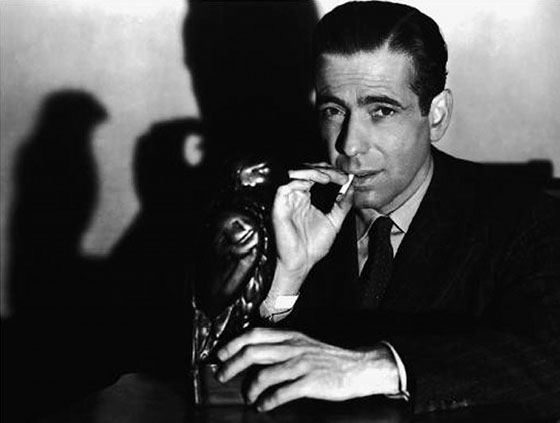 Often cited as the “first film noir,” it might more accurately be called the last great pre-cursor to the film noir era.

The Maltese Falcon was made during World War II, and the film noir era is really a post-war phenomena. Regardless, this film is essential viewing. Humphrey Bogart, one of the kings of the noir era, stars as Sam Spade in this adaptation of Dashiell Hammett’s famous detective novel.

This is not just great noir, but also one of the greatest films ever made. This is truly the stuff that dreams are made of. 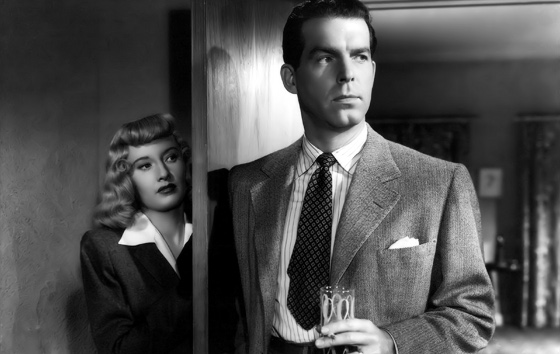 Which brings us to the true film noir era with Billy Wilder’s classic tale of obsession, lust and betrayal.

Barbara Stanwyck’s Phyllis Dietrichson is the ultimate femme fatale.  Stanwyck earned herself an Academy Award nomination for her performance in this film, Wilder received a nomination for Best Director and the film was nominated for Best Picture. Fred MacMurray is great as the dope who gets duped and film noir regular, Edward G. Robison, steals every scene he’s in.

Double Indemnity was based on a book by James M. Cain, another great adaptation of his work during this era includes 1946’s The Postman Always Rings Twice with Lana Turner and John Garfield.

Rent it on Netflix | Check it out on MUBI | Like it? Buy it on Amazon.com 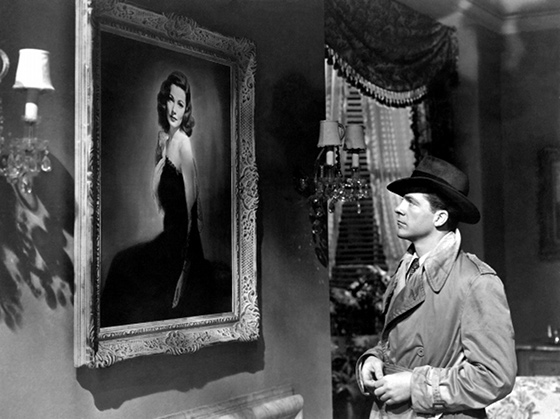 Otto Preminger, like Billy Wilder, was a director who never restricted himself to one genre. His foray into mystery resulted in one of the greatest films from the film noir era. Equally funny as it is thrilling, Gene Tierney, Dana Andrews, Vincent Price and Clifton Webb shine in this groundbreaking film.

Laura has one of the great twist endings — and one of the first — and it still holds up perfectly to this day. 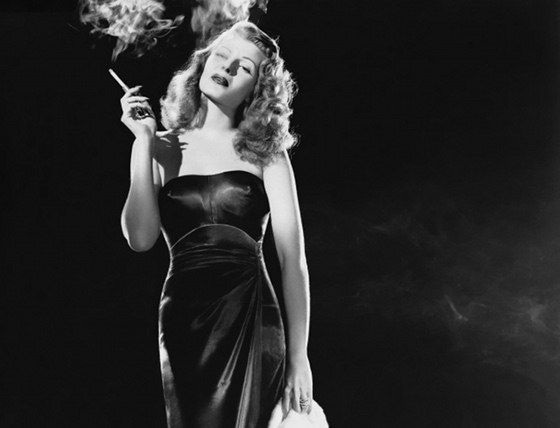 Another standout femme fatale, Rita Hayworth’s Gilda is the only one who could maybe give Phyllis Dietrichson a run for her money. Glenn Ford co-stars as the man who is unfortunate enough to fall for Hayworth’s dangerous songbird. The two star as Americans who have found themselves in South America , eventually ending up in a Buenos Aires casino, getting tangled in a world of deception, betrayal and possibly even murder. 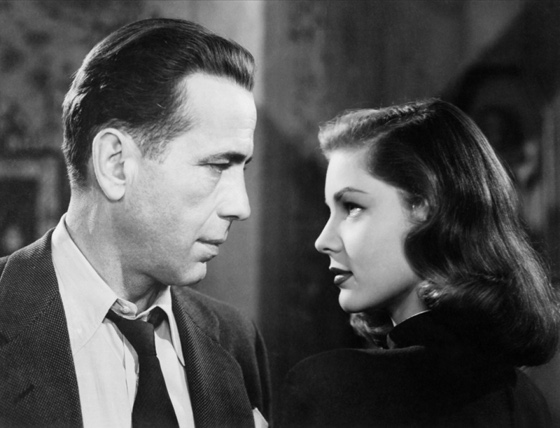 This film has a plot that I will never try to describe. It is far too complicated, it definitely requires multiple viewings to kind of absorb it all. That’s not to say it’s a bad film; on the contrary it is a flipping fantastic film. It just asks more of you than what your average viewer is used to.

This is one of Humphrey Bogart’s best roles; he’s having fun playing Raymond Chandler’s Philip Marlowe and you can tell. Lauren Bacall is as sultry as ever, and Martha Vickers is beyond sexy as her troubled younger sister. I also suggest you watch Bogart and Bacall in To Have and Have Not, Dark Passage and Key Largo (in which I firmly believe Bogart never looked more attractive).