Amy: What have you heard about LGBT support for the show? Are the gays and lesbians liking the show still?
Rodrigo: The AfterElton.com staff still does, but with certain reservations. Fans, not so much anymore.
Amy: Coz all I read on mainstream boards are “Ryan Murphy and his gay agenda.“
Rodrigo: Season 2 was the one that got huge attention from the “LGBT agenda” point of view. Remember when Kurt met Blaine and then Karofsky out-of-nowhere turned out to be gay? Gay overload!

Amy: Too many gays for people.
Rodrigo: Maybe too much gay or bad timing? Then, by coincidence, gay kids commiting sucide was becoming news at the time.
Amy: Look, I didn’t mind that…
Rodrigo: You can argue Karofsky’s turn to be random and kinda screwed up…
Amy: It wasn’t much of an issue with me… I felt… underwhelmed by it. It was a light, “oh, okay” moment.
Rodrigo: And then people reacted like it was either the greatest thing Glee ever did or its worst.
Amy: And Kurt obsessing over Finn wasn’t an issue with me either… because~ Because I know girl-girls who obsessed over boys like that… and boys who obsessed over girls like that. And it was annoying and eye-roll worthy, but i’ve seen it.
Rodrigo: Sadly, there is some truth to the stuff Glee does…
Amy: But people were mad with Kurt! They said Kurt was invading Finn’s personal space… and yes, he was. But so do these other people.
And no one reacts the way they did with Kurt being annoying. LOL Frak, Rachel does that ALL THE TIME. Or did that ALL THE TIME. But it’s cute when Rachel obsesses over Finn, but not Kurt?
Rodrigo: Kurt’s creeping over Finn also involved making Rachel look like shit, and somehow getting Burt and Carole parents hooked up. 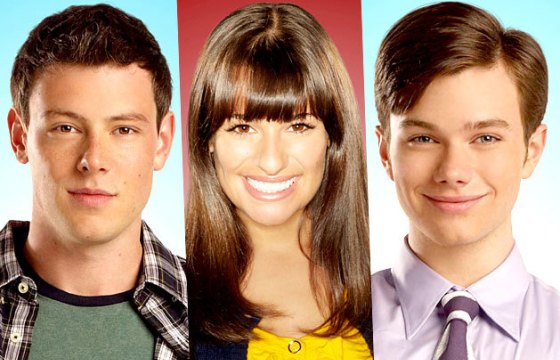 Amy: But Kurt liked Finn was before all that… and saying things like “well, Kurt can’t obsessed over Finn because Finn isn’t gay, so he’s out of his league.” was a lame excuse.
Rodrigo: That’s a way of saying “it’s a waste of time.”
Amy: So Fassy (or Hiddles) are out of the league of us mere mortals, but we can obsess over them as much as we want.
Rodrigo: Or in my case, someone like Christina Hendricks.
Amy: Exactly! I think the whole YAM Magazine team – gay or straight – can obsess over Hendricks. The problem I found with their protest was that it was a double standard. If Kurt had been a girl obsessing over Finn, the storyline would’ve been cute or funny. But people turned it into this threatening thing.
Rodrigo: The girl obsessing over Finn, while still keeping Rachel, would have turned into a clusterfuck. Kurt’s approach to Finn involved their parents. Would you use your parents to get closer to the one you love?
Amy: I don’t know, man. If you’ve seen the Japanese movie Love Exposure, you would know how complicated weird things can be when the person you like suddenly becomes your family.
Rodrigo: People are creepy.
Amy: Exactly.
Rodrigo: Jim Carrey’s character on I Love You Phillip Morris makes Kurt look like a saint in comparison.
Amy: He was scary… in a very finely endearing way. LOL That comes down to part of the actor’s charisma, though.
Rodrigo: Still, it can be viewed as creepy. Burt and Carole hook up, Kurt gets closer to Finn as stepbrothers. Imagine the prospect of two stepbrothers in a relationship.
Amy: I would have MORE problems if Kurt and Finn had grown up like brothers. That would be an issue for me… more so than being just people who then have to be brothers… But people seem to think the opposite of that…
Rodrigo: It shouldn’t be an issue because of how they were born, but it can still be viewed as awkward.
Amy: So to me, Kurt – stereotypical gay and all – wasn’t an issue for me.
Rodrigo: His relationship with his father made the character work well.
Amy: I understand Murphy’s brain that way. He likes his stereotypical characters, I’m not expecting him to break the mold.
Rodrigo: Stereotypes can be either hit or miss.
Amy: If they take themselves too serious, stereotypes are miss… But Glee was very campy — I guess the way Popular used to be. But I appreciated Popular for it’s melodramatic campiness as well.
Rodrigo: I see. Glee‘s stereotyping is mostly miss.