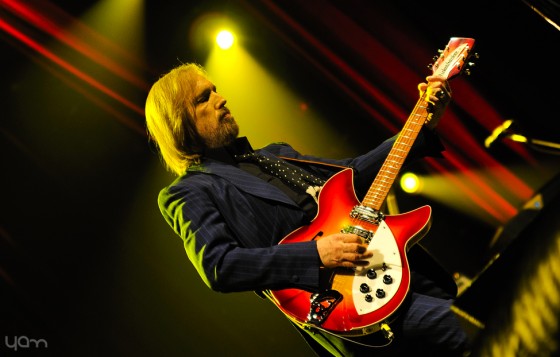 It is not often that Tom Petty and his Heartbreakers visit our small Scandinavian country. Rumors say that the reason for this is that Tom Petty himself is quite scared of flying. This rumor might not be that far fetched. Just listen to their classic song Learning to Fly. That song might explain it all.

For myself, I really looked forward to the show because I have been longing for a gig front stage in the pit. After a whole lot of gigs where the photographers were only allowed to stand near the mixing tables or some other tricky place, I finally got a chance to stand two or three meters from the band, and this makes photographing concerts much more fun and easier as well.

Since I was only allowed to stay the first three songs (as usual), I was really hoping to hear at least one of my favorite Tom Petty songs. The first two songs Listen to Her Heart and You Wreck Me were really good, but at this time I was too occupied photographing, so I couldn’t really concentrate on the music. However, the last song was I Wont Back Down, and at that time I had already taken a lot of great pics, so I treated myself to just standing and listening to that wonderful song. I left the sold out arena with a warm heart and a camera loaded with nice pics… do you agree with me?