Amy and I decided to talk about Glee and Ryan Murphy for the 2012 LGBT Blogathon. Much like the tv show’s current state, this conversation became a fucking mess and dealt with other stuff not related to Glee. We can blame Ryan Murphy and the show for that.

Rodrigo: When the show started, I didn’t watch right away. But you did, right?
Amy: That’s a tricky question. I didn’t watch when the pilot aired. I think I began watching after the third episode aired, so I must’ve watched the pilot, episode two, and three in a row.
Rodrigo: And which segment got you fully hooked? Or character?
Amy: It wasn’t a segment in particular…
Rodrigo: The whole thing?
Amy: I didn’t think Glee was gonna be this popular. 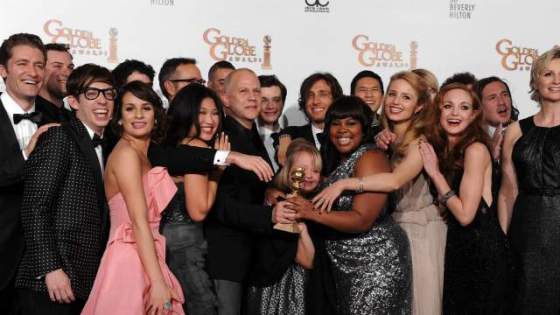 Amy: The show just really brought back memories of Popular to me.
Rodrigo: I haven’t seen Popular yet, but after watching Glee‘s third season, I’m not really sure if I want to. :S
Amy: Well, Popular was really low budget and it’s meant to be taken as a joke. If you had seen it, you would’ve recognized a lot of re-hash storylines. There was even an episode titled FAG. Besides Jane Lynch, you can also spot Howard from Big Bang Theory. LOL
Rodrigo: From the very little I saw of Popular, I did noticed a few, like the car crash scene that ended Popular was used on Glee.
Amy: Serious? But it didn’t end in cliffhanger, did it?
Rodrigo: Well, you had to watch the next episode to find out if Quinn died or not.
Amy: How did Quinn… end up in that position? Was Finn made to choose between her and Rachel?
Rodrigo: Quinn wasn’t involved with Finn and Rachel after Season 2. That was right after the Regionals episode that tackled “gay suicide,” musical contest, young marriage — thank God it didn’t happen — and ramdomly “dont drink while driving” by the end.
Amy: Then it’s not the same storyline. xP
Rodrigo: But Rachel was texting Quinn because she had to arrive to her wedding. Quinn checks mobile, then suddenly a truck hits her.
Amy: In Popular, Brooke was ran over because she ran off after some decision we never got to know. LOL Then Nicole Julian, Son of Satan, ran her over with intent. And I say “Son of Satan” with much love for Nicole.
Rodrigo: At least, it wasn’t PSA-driven. From what I gather, Popular wasn’t successful in ratings, yet somehow outlived Freaks and Geeks by one season. Glee became popular after its first 13 episodes that gained tons of buzz. When the back 9 appeared, it had doubled its audience.
Amy: No, Popular was given the kiss of death by the WB. Moved from Thursdays to Fridays from season 1 to the next. In any case… Popular and F&G were in two very different networks. Popular didn’t need the ratings F&G needed to continue.
Rodrigo: F&G was in the same channel that aired Friends, so yeah.
Amy: There you go…
Rodrigo: Nowadays, NBC would kill to have a show that can draw like that.
Amy: Any network or cable would kill for those numbers… but it’s impossible now, just like in music albums.
Rodrigo: Nowadays, yes. However, two writer strikes and the rise of reality television worked against network channels.
Amy: Do you think Glee would’ve had the chance to be the hit it is now before the writers’ strike?
Rodrigo: Glee also had songs selling on iTunes, so I guess it could have been safe.
Amy: When did iTunes become a part of a show’s success, though?
Rodrigo: Glee is a musical show unlike the other shows. 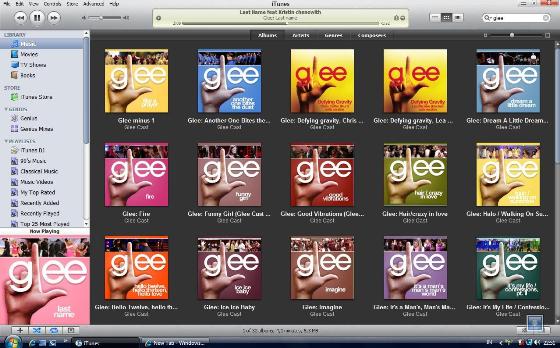 Amy: I can’t remember… has there been any other musical shows in the last 10 years?
Rodrigo: No idea.