The Fangirly Diary of a Geek Girl: ABC brings the ladies to my small screen

Greetings, my fellow geeks. The Toronto Film Festival is over and done with, and there are some news about my favourite actors and awaited comicbook movie… but the most interesting thing this week? There are many TV projects featuring women that if done right could be so awesome. Let’s start!

There are a couple of Benedict Cumberbatch interviews because our Posh Alien Prince is everywhere including TIFF. In the first one, he talks a bit of Sherlock:

Well, there’s a reunion that doesn’t necessarily go to plan. And there’s a bonding experience that throws Sherlock and Watson back together in a very firm way. And there’s a new union as well, in the shape of a marriage, which Sherlock takes part in, so we see that.

And another interview where they talk mostly about Benedict’s hair… all of it. Including the time he had make-up down there in his nude scenes in Frankenstein. And he’s not ginger, you guys! He is auburn! There is a difference!

And the Sherlock figures from Big Chief Studios are almost ready! Yay! Here are pics of said figures with Benedict Cumberbatch and Martin Freeman! 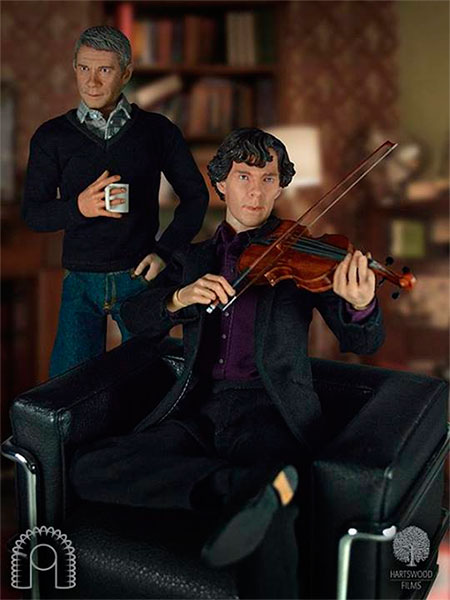 Damn, Insidious Chapter 2 had the biggest horror debut of the year! Got even more than The Conjuring! Then again it did open on a Friday 13th~ 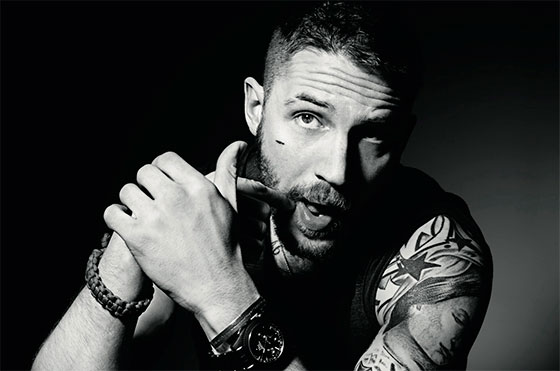 Rumor has it that birthday boy might be James Bond after Daniel Craig retires. Apparently, Hardy is on top of the “wish list”. Welp, that would make him the shortest James Bond ever, I think.

So, some dude from investment group Evercore, predicts that The Hunger Games: Catching Fire will make almost a billion bucks at the worldwide box office. Damn, that’s optimism! I would be happy though, then those asshats that claim that people don’t want to see women in leading roles can’t STFU.

On comics news, Thor: God of Thunder has been a great Marvel NOW title, with good writing and art. Now that the first arc has ended, here’s a preview on the next issue that features the return on, surprise, Malekith the Accursed! And he will also be the bad guy at Thor: The Dark World! Such a coincidence! Heck, even a variant cover is the poster of said movie! Anyway, the preview shows that we are back to cheesy shakespearean dialogue, Volstagg being awesome… and Svartalfheim burning. Dun Dun DUUUUUUUUN! 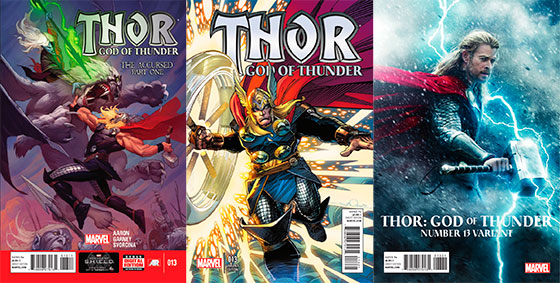 Finally, as we all expected, 12 Years a Slave won the People’s Choice Award at TIFF! We hope this is the beginning of a great Award Season for that movie and all the people in it! Steve McQueen was, of course, thrilled!

At a festival that has shown so many brilliant films, I cannot be more thrilled to receive this award. I am deeply grateful to all the people who have worked on this film, and that their amazing work has been recognized.