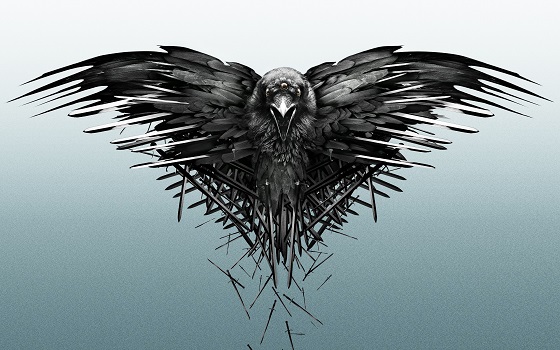 I liked watching Season 4, but not as much as I enjoyed the previous seasons. This time, however, Dan Weiss and David Benihoff’s ways of adapting George R. R. Martin’s book series has backfired on them to a certain extent in the latest installment of Game of Thrones, even if that was a given considering part of A Storm of Swords was already dealt with during Season 3 and now they had to grab from the other books to keep on characters’ stories moving.

As always with the show, the first episode of every season starts off to a slow pace as characters and arcs are being set slowly. However, it’s the second episode that provides a giant boost of momentum to the series alongside a huge death at a wedding that ends up with Tyrion Lannister (Dinklage) locked up in prison and accused of a murder he didn’t commmit at all.

As far as the Lannisters are concerned, Jamie (Coster-Waldau) is back at home and now boasts a golden hand to replace the one he lost. However, tensions arise not only between him and Cersei (Headey), but they also have to deal with Oberyn Martel (Pascal), who is someone that has the intentions to topple against the Lannisters.

Unlike the past 3 seasons, this one felt quite directionless because Season 4 doesn’t feel like it’s building up to a huge or shocking event for the season finale. Granted that the Red Wedding event took out a bunch of people, which may explain the lack of a direction, but we still get to follow the likes of Arya (Maisie Williams), Sansa (Sophie Turner), Jon Snow (Harrington), Daenerys (Clarke), Stannis (Dillane) and Bran (Isaac Hempstead-Wright) as well as the Lannisters and other characters here and there. While Jon gets ready for a big battle against Mance Ryder (Hinds), Arya now hangs around with Sandor “The Hound” Clegane (Rory McCann) and Sansa (Sophie Turner) sticks to Littefinger (Gillen) in order to survive after Tyrion gets locked up.

Meanwhile, Daenerys is now across the Narrow Sea and takes over the largest city Meeren. She deals with the hardships of ruling, a blooming love interest, and a devastating betrayal.

There are plenty of great moments and deaths to watch in Season 4. In particular, my favorite scenes of this season involved mostly the pairings of Arya and The Hound as well as Sansa with Littlefinger. It was interesting to see The Hound as a more sympathetic character in contrast to Arya being rougher on the edges as time progresses and later on they affect each other. Rory McCann and Maisie Williams acted very well alongside each other in spite of their screentime being spent bumming around the Riverlands and The Eyrie. By the way, it’s great to see that Sansa has learned how to “play the game” while we get to see how Littlefinger actually does it and becomes a bigger character on the series. Although it’s creepy to watch them together, they’re greatly played by Turner and Gillen respectively.

However, I find myself enjoying the series less this time. The ninth episode of every season always includes a huge moment, but the big batttle that took place in it was downright boring to watch (and might just be the worst episode of the entire series) despite its ending and consequences. The ninth episode should have revolved around — Spoiler: Tywin Lannister’s death — instead, but we get compensated with a very packed season finale along with a fanservice-like scene involving two characters that never met in the books at all.

Weiss and Benihoff have made several changes over the years, but what they did with Jamie Lannister by the third episode — in that now infamous scene involving his sister — was pretty criminal to watch and took the wind out of the season (and my enjoyment of it) for the most part. Even without reading the books, it still came across as an out-of-character thing for how TV-Jamie was portrayed. Also, the changes they have made took a toll on Tyrion during the season finale despite Peter Dinklage’s stellar acting. Granted that he had a pretty dark path this season, but it could have been so much darker if you know what I mean.

Still, Game of Thrones is a good watch. Here’s hoping Season 5 improves over this latest offering.