The Fangirly Diary of a Geek Girl: A good start with Fandom artists

Greetings, my fellow geeks. The first week of 2013 has been kinda lazy with mainstream news, and that’s when alternative stuff is needed. A couple of known Tumblr artists have important/interesting stuff to share, and I “discovered” (more like stumbled upon) a new one to fangirl over. But let’s start with the regular news first:

Good news for the industry: 2012 has been the most profitable year in cinema ever! Oh yeah!

Anyway, today is the 45th anniversay of The Trouble with Tribbles, you know, that iconic classic Star Trek episode with those cuddly creatures. Both Leonard Nimoy and Nichelle Nichols got to keep one~ You can watch the complete episode here. 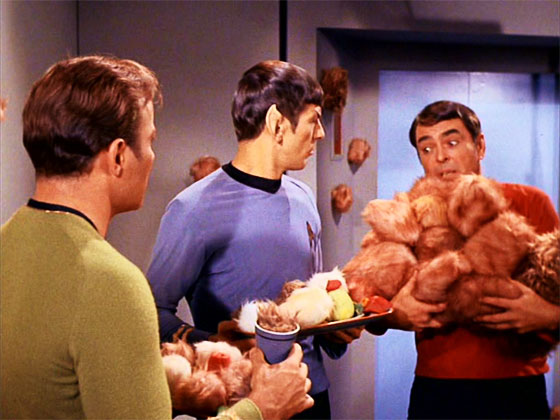 Talking about Star Trek, here’s a lovely piece of news: despite how secretive J.J. Abrams is with his projects, he apparently will arrange an early screening of Star Trek Into Darkness for a fan who has terminal cancer. Wow, that’s pretty excellent of him. Also, fuck cancer!

Here’s a Django Unchained featurette about Leo DiCaprio as Calvin Candie. Damn, I really want to watch this movie. For all the trailers and behind-the-scenes, I haven’t liked Leo this much in ages! Dammit, local distributors! Just a couple of weeks more~

The Top 10 TV Shows of 2012 according to the users of IMDb. And the winner is Game of Thrones! Huh, I want 7 of those 10 (no vampire romance for me!). Which reminds me, I really should start watching Breaking Bad.

Arnold Schwarzenegger talked with Empire about how he never regrets the movies he does even if they underperform or are crappy. Yep, he doesn’t regret Batman & Robin.

I felt that the character was interesting and two movies before that one Joel Schumacher was at his height. So the decision-making process was not off. At the same time I was doing Eraser over there and Warner Bros. begged me to do the movie.

Ok, makes sense. He also was suppossed to be Doctor Octopus in James Cameron’s Spider-Man movie that never was. He also has no idea if they are moving forward for a new Terminator movie. Dude should give that one a rest, though~

Hugh Jackman denies that one picture of him in The Wolverine is airbrushed. Those abs are totally his, yo! And it bothers him when you think otherwise!

Because it was brutal getting there and by the way I asked the company if they could (help me out). You are spending millions on special effects, just help me out, I wanna eat pizza, drink beer and they said no. Anyway, for that kind of a body, I had to go up in weight. Big, life big and heavy then strip down so that’s another whole (regimen).

BTW, this is how Hugh Jackman looks “emaciated”. Yep, he stills looks better than most men I know. 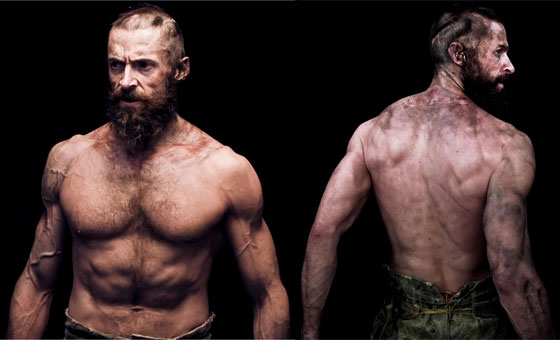 And, for the most paused moment of 2012: Thanos in the mid-credits scene of The Avengers. The rest? Mostly naked people and more geekiness. That’s right, Thanos wins over nudity!