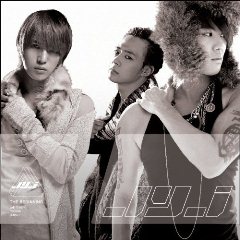 I wasn’t quite sure if I really wanted to tackle this album. After all, there was a lot of noise about the lackluster production of the tracks and even more about the history predating its release. But when our very own Nicole Williams sent this to me as a gift, I was spurred to take on the risky debut and see if I could find anything commendable to take away from their foray into a full-length English production. I was actually pleasantly surprised.

Let’s get the most obvious trouble spot out of the way — the album’s lead single and first track. By now the crash and burn of Ayyy Girl is etched in history as a cataclysmic misstep of the then-fledgling group. It wasn’t that Kanye West produced it, it’s that he did so with a detestably rudimentary beat, an obviously cheap throwaway from his collection of hopeless songs — a hidden safe of pitiful tracks every artist has in hopes someone will be willing to pay a reasonable price for one of them because they a) don’t know the difference, or b) are too caught up in the producer’s name to care. Part of me believes the men of JYJ suffered from a bit of both.

But The Beginning is certainly not its first song. Though not groundbreaking by any stretch of the imagination, the tracks Rodney Jerkins contributed held more promise. He took greater care to provide the men with lyrics and music that was, at the very least, of a decidedly more polished quality than his hit-or-miss peer. Be My Girl and Empty are decently composed radio pop that fit well on any Top40 station in the States.

However, it has to be said that the lyrical content of the aforementioned tracks left much to be desired. They’re cute at best and downright cliché at certain moments. It seems as though the words were written as if meant for some group of high school kids, writing their own love songs — complete with the obligatory “Don’t mean to hurt nobodys“, “She came and put it downs”, and tales of love in the club. Considering the past track record of the members of the group, these lyrical miscues are hard to ignore.

Then we get to the solo pieces of each member. While all three were written by Kyoko Hamler (who also wrote and/or co-wrote 75% of the album), each member composed their respective songs. These tracks are the album’s most intriguing, foreshadowing to what would be their most well-crafted offering to date, In Heaven. Jaejoong and Yuchun’s songs take on a level of maturity that we haven’t seen in the men before this point. Songs Still in Love and I Love You, respectively, bring a blue sensuality to the oversaturation of kiddie pop. However, Junsu’s I Can Soar is the album’s most astonishing track, a gospel-tinged ballad that caught me off guard and further places Junsu as one of the industry’s most impressive talents.

This is what listeners should take away from the album: the level of maturity and diversity of their own compositions. Jaejoong unfolded his natural sensuality, adding a lace-tinged vocal to his powerful coo. Yuchun experimented with his higher range, the baritone matching the steady bedroom cadence with an easy falsetto that slid through the notes. Junsu took great care to compose a song that was as melodious as his own husky vocal, highlighting his versatility.

That being said, what could have been a well-constructed album was marred with the desire to cater to an international audience and a couple of unnecessary remixes tacked to the end. But the potential here is great. Though far from perfect, The Beginning is a commendable first effort, made even more exceptional with the members’ ability to compose sophisticated pop music.

Standout Tracks: Still in Love, I Love You, I Can Soar, Be My Girl, Empty.