Saturday began with the Peter O’Toole footprint ceremony. I was on the very top of the press risers, and thus being the short person I am, was able to see everything perfectly. While there, I met Carrie from ClassicFilmSchool. Peter O’Toole came out, ascot on his neck and sporting the same green socks from the pervious day, with his children, and told us how this wasn’t his first experience with cement; one of his early jobs was as a cement mixer. A true renaissance man. 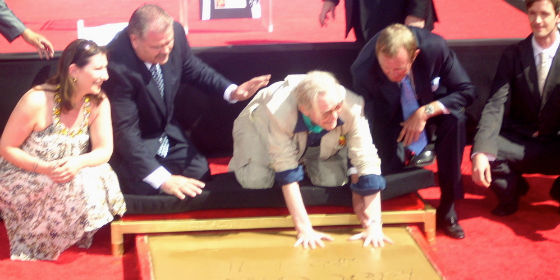 Next up was a prolonged conversation with pioneering film preservationist, historian and archivist Kevin Brownlow. Look for a full article on that later this week.

Somehow it got to 3:00 in the afternoon, and I’d yet to see a film. All this changed with a screening of Citizen Kane in the main theater at Grauman’s with an introduction by Norman Lloyd. This is a film that just gets better every time you watch it and seeing it on the big screen for the first time ever was life-changing. It is widely considered the best film ever made and I have to say, I might just agree. I urge everyone to see it on the big screen at least once in their life, if they get the opportunity. I promise you won’t regret it.

Next up was a screening of Niagara, a film I’d never seen before, starring Marilyn Monroe, Joseph Cotten and Jean Peters. Notice that’s two Joseph Cotten films in a row. While waiting for this film I met the elusive Jacqueline, siren behind FilmNoirBlonde. The film was introduced by film noir expert Foster Hirsch, who stayed through the whole screening and shared more thoughts after it was over. While this film was shot in gorgeous Technicolor, it is definitely film noir and don’t you ever let anyone tell you otherwise. 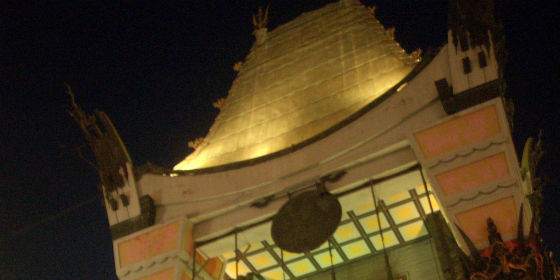 After this I moved on to Joseph Cotten film number three: Gaslight. Angela Lansbury spoke for a good twenty minutes or so prior to the film’s start. What a loquacious, slightly saucy lady she is. The film ended a little after midnight, allowing Kristen (SalesOnFilm), Trevor and me to try to make it to the midnight screening of the 1932 version of The Mummy at the Egyptian Theatre.