A Personal Look at the TCM Classic Film Festival 2012 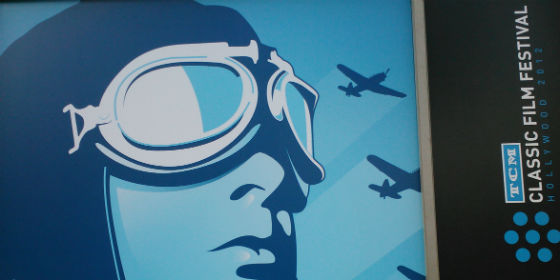 While I wasn’t sure anything could top my experiences at last year’s TCM Classic Film Festival, this year’s fest proved to be more amazing than I could have even conceived. Unlike last year, I came to Los Angeles earlier in the week and thus was able to participate in roundtable discussions on Wednesday with both Ben Mankiewicz and Robert Osborne in the morning (look for excerpts from that later this week).

But the day did not end there. Later that afternoon I ran into Mankiewicz in the lobby of the Roosevelt Hotel — the festival’s headquarters — and talked with him, off the record, about Bruce Springsteen for five minutes.

Tippi Hedren was on hand for a brief taped interview with Robert Osborne that will air with screenings of The Birds, which are set to hit theaters later this year. While they were setting up for that she called me up on the stage — yes, this really happened — so she could introduce me to Robert Osborne. I almost fainted. 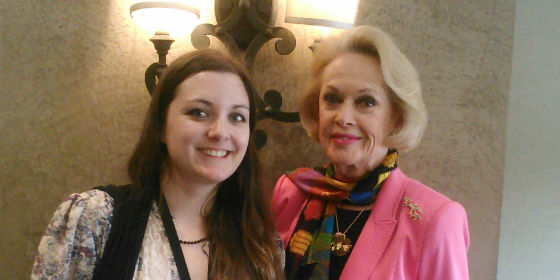 After her time with Osborne, Ms. Hedren and I had tea. Well, she had tea and I had coffee, but tea with Tippi sounds better. During our tea we discussed everything from working with Alfred Hitchcock to her daughter Melanie Griffith and more. A full transcript of our chat will be posted later this week as well.

After tea with Tippi I was on cloud nine and the only thing that was able to bring me down was drinks at the Formosa bar, which is where they filmed the famous Lana Turner scene in 1997’s L.A. Confidential. They have great bourbon there, just so you know.