As part of the Force Friday celebration, Sphero and Disney introduced new interactive toys, with BB-8 receiving the illustrious company of beloved droid R2-D2, and newcomer BB-9E. And the latter is the one I want to talk about. This little sh*t, described as a “rolling menace”, will be appearing in Star Wars: The Last Jedi. BB-9E is a First Order Astromech unit that keeps their machinery and ships operational. And he also comes in Funko Pop! and plushie versions! Unlike BB-8, BB-9E’s dome head is smaller and flatter, moves independently of the body, and has a red eye like a proper psycho robot (hey, Hal 9000 and AUTO!). In short, BB-9E is pure evil and I love him already. Should have kept his on set nickname though! Come one, BB-H8 is a much better name than BB-9E! 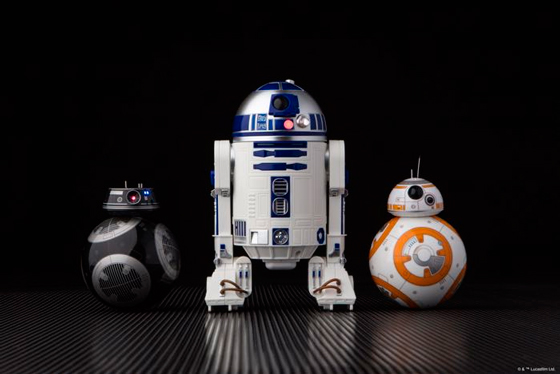 Also for Force Friday, LEGO revealed that it would deliver the biggest Star Wars set ever on October 1st. It’s the freaking Millennium Falcon, and it has over 7,500 pieces. That’s like 1500 more than the second place, Taj Mahal set. And OMG you have to read the specs! Here’s a part:

This amazing model also features interchangeable sensor dishes and crew, so you decide whether to play out classic LEGO Star Wars adventures with Han, Leia, Chewbacca and C-3PO, or enter the world of Episode VII and VIII with older Han, Rey, Finn and BB-8! 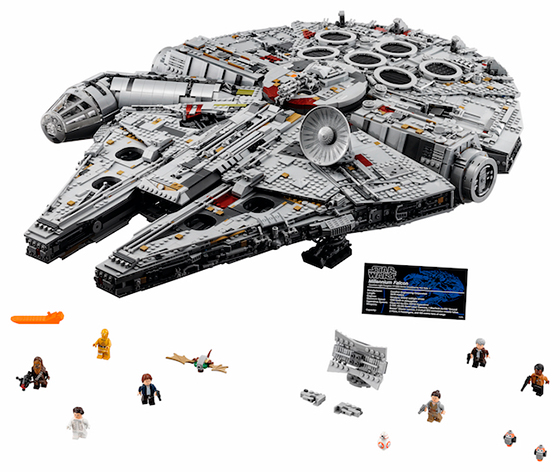 Mark Hamill talked about creating his own backstory to fill in the blanks between Return of the Jedi and The Force Awakens, and more importantly about putting out a Star Wars movie without Carrie Fisher:

She was irreplaceable. There can never be a proper reunion anymore. It’s tragic. I hate that it adds an air of melancholy to the film because it doesn’t deserve it. I know for a fact she would obviously want us to be having fun. She was all about laughter and enjoying the moment. We’re all sort of having this communal period of grief. In a way, it sort of reflects the movies themselves, which were about triumphs and tragedies. They are about a family — a dysfunctional family, but a family nonetheless.

Batman is traumatized by violence to such an extent that he wants to control it. Superman’s power set is such that his relationship with violence is you’ve got to hit him so hard for it to matter. Diana comes out of a warrior culture that knows what that means in every sense. Diana’s never going to enter into combat without knowing exactly what it is she’s about to do. Her skill, her discipline, she never goes to the sword first. 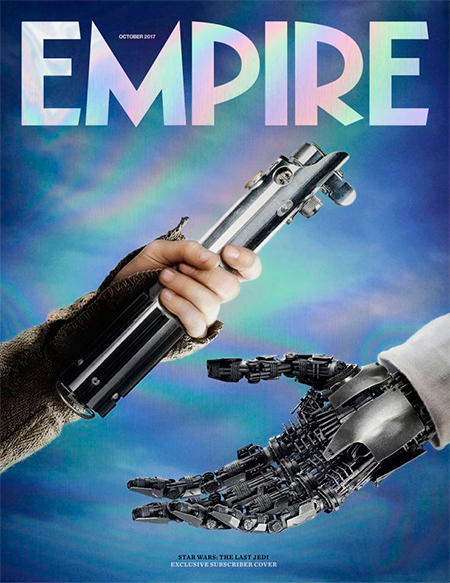 LA Times had a Thor: Ragnarok special with mini interviews with some cast members, and they got to ask Taika Waititi about how it is directing himself… because he’s playing Korg, a 8-foot-tall Kronan warrior made of purple rocks. And yep, that means motion-capture! His answer is LOL-worthy!

And now, for something different, here’s an interview with Christopher Stoll, the creator of PokeNatomy: The Unofficial Guide to the Science of Pokemon. It began as a Kickstarter project, and the end result is what it says in the title: an unofficial guide to the complex biology of the first generation of Pokemon. You can check some more pages and buy it here. 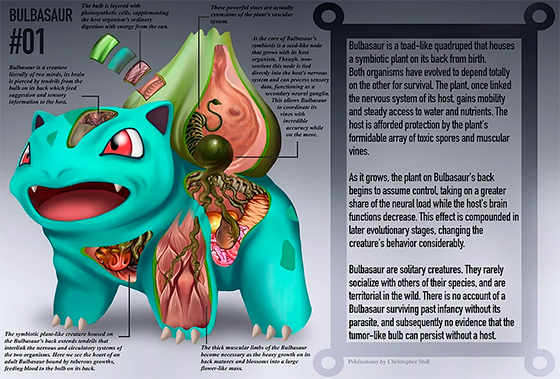 And that’s it for the week. Before I go, I want to wish Happy Birthday to Melissa McCarthy, Chris Pine, Mike Colter, Billy Boyd, Tom Ford and Zendaya. 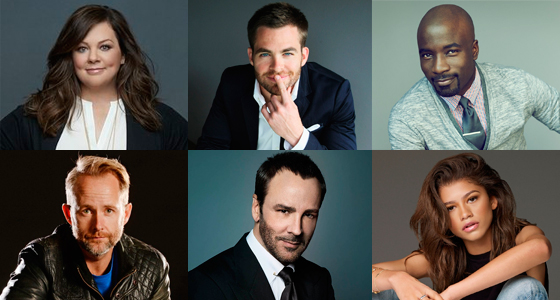