As for Game of Thrones Season 8, the production is set to begin in October, but filming may not finish until freaking August 2018! HBO would neither confirm nor deny the 16-month gap between the final two seasons, but it’s safe to say there’s some truth to it. For those reasons, the head of HBO programming Casey Bloys implied the final season (six episodes, all rumored to be around 90-minutes minimum each) may not be back until early 2019:

But if you miss Kit Harington, you can watch him in the new BBC drama Gunpowder. In this three-part drama, Kit Harington will portray Robert Catesby who, while not as iconic as co-conspirator Guy Fawkes, was the ringleader of the gang who attempted to assassinate King James in what became known as the Gunpowder Plot. Liv Tyler and Mark Gatiss also star, as Catesby’s cousin Anne Vaux and Spymaster Robert Cecil, respectively.

Here’s the trailer for Gotham Season 4. The series returns on September 21, 2017. Yep, they are moving to Thursday nights. And yes, that Bruce Wayne donning a pre-Batman costume… and it’s an ugly costume design.

Now for something awesome, The Punisher‘s official Twitter account tweeted out 13 messages using Morse code. And they are confirmed as the episode titles! Plus there was a new promo, which introduces the entire main cast, and what may or may not be our first look at the title credits.

Here’s the first official image of Evangeline Lilly in her superhero costume in Ant-Man and The Wasp! I kinda like the one shown in the after-credits scene in Ant-Man better. I just like the yellow parts better, even if the new one has her fully covered. But hey, at least girl got a better hair-do, right? 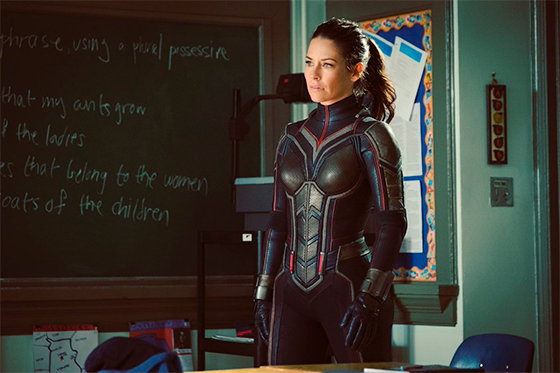 Agent Lancelot is finally part of the Kingsman: The Golden Circle‘s marketing material! Yep, here’s her character poster! I really hope her role in the film isn’t as small as her appearances on the trailers and posters! 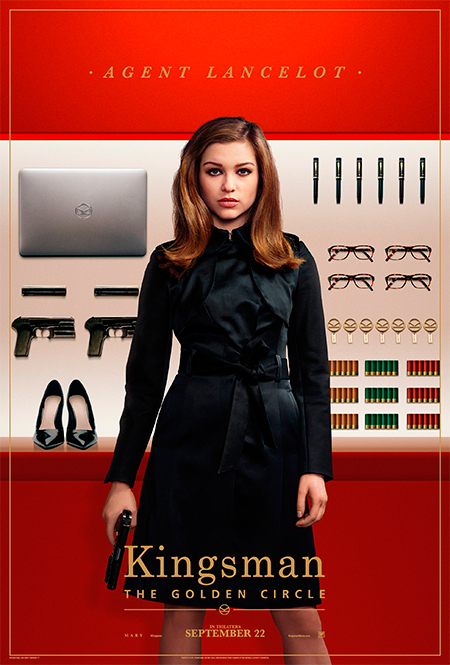