OMG! The Spider-Man: Homecoming Chinese posters are amazing! I mean, some sure have some problems with proportions, but they are still very cool and adorable. Makes me wish every country had their own posters of Spider-Man doing touristy things! 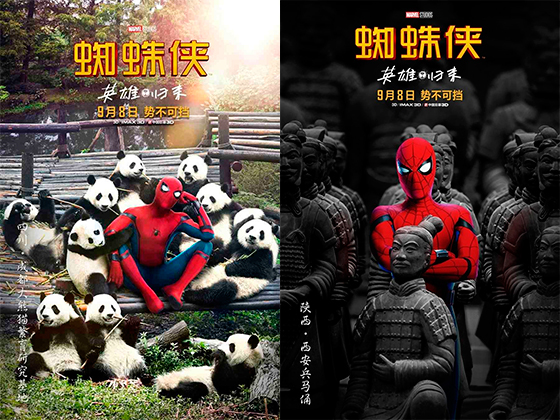 Check out the first image of Luke Cage Season 2, and lo and behold it is Misty Knight with her new bionic arm! If you watched The Defenders, you are aware her original one got sliced by Hand villain Bakuto. While we don’t know where the bionic arm comes from in the Netflix series, in the comics, it was designed by Tony Stark after she lost the limb in a bombing. That arm also grants her superhuman strength, energy blasts, gravity fields and even the ability to control some robots. 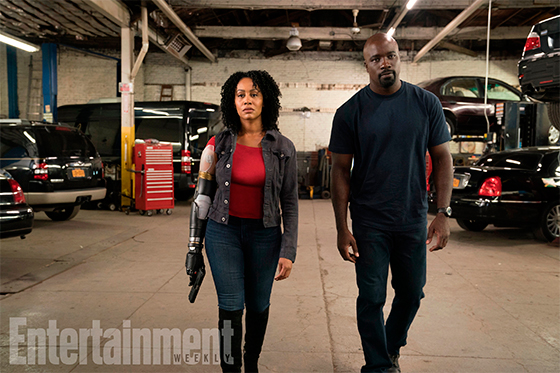 The new Inhumans trailer revealed a big spoiler about Medusa. Those cheap asses cut off her hair! In the first two freaking episodes?! Well, that’s a way to save on CGI!

Isaac Hempstead Wright, a.k.a. Game of Thrones‘ Bran Stark, revealed that they shot a scene for the Season 7 finale where Sansa decides to check in with Bran to get the scoop on who to trust (a.k.a. Not Littlefinger). It was obviously cut from the Season finale. And you know what? I am glad. From the scene we got it was pretty obvious what happened. And then we know Sansa started suspecting Littlefinger was full of shit when he implied Arya wanted to be Lady of Winterfell. Girl has wanted to be a knight forever! Kid also doesn’t who gets to tell Jon about his parentage. But he sure think Sam should be the one to tell. He also imagines that while the revelation shouldn’t have a big impact on the relationship between the Stark kids, Daenerys ain’t gonna be pleased!

Habemus first look of USS Discovery bridge from, well, Star Trek: Discovery! So far we have only seen the bridge of the USS Shenzhou, the ship under the command of Phillipa Georgiou on which lead character Michael Burnham has served as First Officer for seven years. But Variety gave us a look on the bridge of Captain Lorca, as well as an interesting article and interview with all three stars Sonequa Martin-Green (Burnham), Jason Isaacs (Lorca), and Michelle Yeoh (Georgiou). 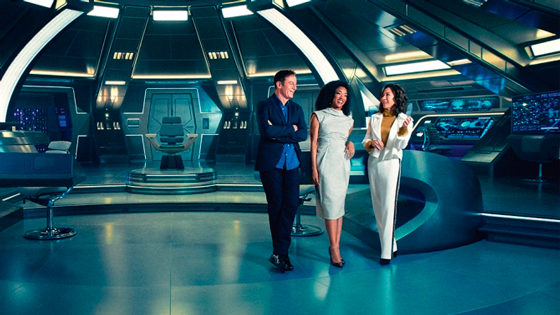 Patty Jenkins is quite chuffed with the success of Wonder Woman and very honored by the campaign Warner Bros. has planned for the film’s Oscar goals. That said, she’s already excited about the sequel:

The most exciting thing about [the sequel] is literally seeing her loose in the world now, living those classic stories. Here’s Wonder Woman, and what can she do? It should be a totally different movie, but a grand and now full-blown Wonder Woman in the world.

Check out these cool character posters of the three main characters of Professor Marston and the Wonder Women: Dr. William Moulton Marston (Luke Evans), his wife Elizabeth (Rebecca Hall) and his mistress Olive Byrne (Bella Heathcote). Also, the film will now debut in limited release on October 13th, instead of the initial release date of October 27th. 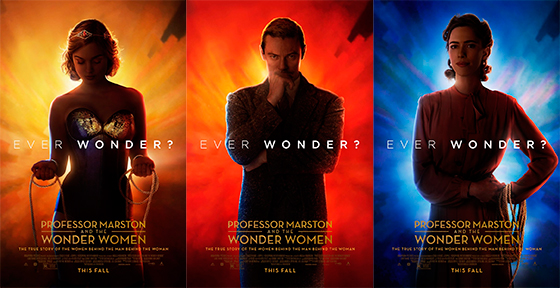