Greetings, fellow fangirls and fanboys! This past week, we had Force Friday! And thus all the new Star Wars toys were released ahead of Star Wars: The Last Jedi. Also, the last news of Inhumans before its IMAX premiere, and the last news of Game of Thrones until we have news on the final season. Here’s how the week started:

Good to know the heroes of Rogue One weren’t unsung by the heroes who got the medals! Kieron Gillen and Salvador Larroca will take over the Star Wars comic with issue #38, where Luke, Leia and pals will go to Jedha. You know, the place with the holy city where the Empire did the test run for the Death Star, and the Rogue One team barely escaped from. This new adventure will be set between the events of A New Hope and Empire Strikes Back. Star Wars #38 will hit stores November 1.

Check out these cool character posters for Stranger Things Season 2! Among the returning favorites, we also get a glimpse of some of the new faces like Sadie Sink as Max, and Dacre Montgomery as the human antagonist, Billy: 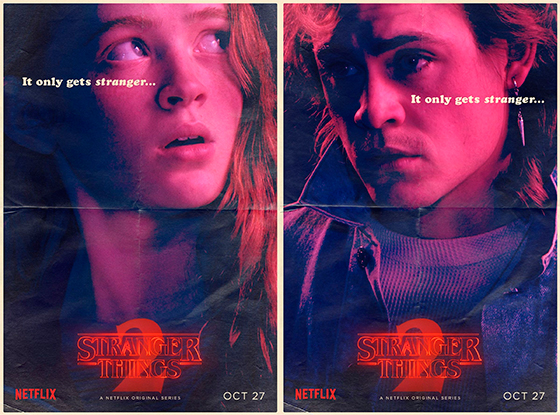 Here’s the character poster of the real MVP of Inhumans, teleporting dog of the royal family and good boy, Lockjaw! Because despite how sucky this series seems to be, showrunner Scott Buck knows what’s up!

Lockjaw is probably going to end up being the audience’s favorite character. We certainly enjoy working with him. He’s fun to write, he’s fun to shoot. There’s not too much more detail than that that I can give, but he is going to be a standout on the show. 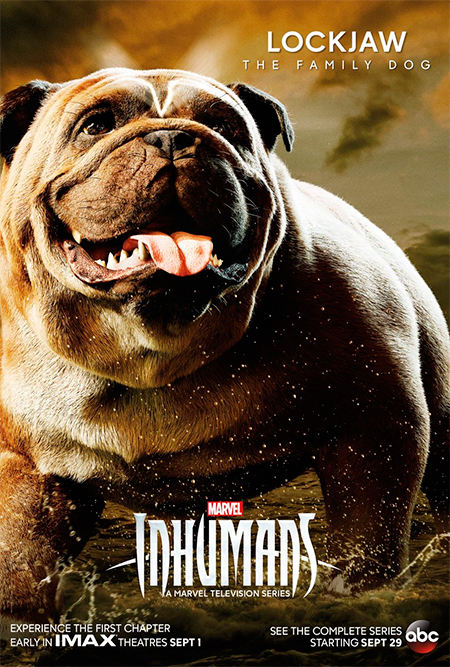 Orlando Bloom will star in Carnival Row, a fantasy-noir set in a neo-Victorian city. And that does sound fantastic. Guillermo del Toro used to be attached to the project. But we know as much as we love Guillermo Totoro dude doesn’t keep all the projects he starts. Rene Echevarria (Star Trek: The Next Generation) serves as showrunner now. Here’s the synopsis:

Mythical creatures fleeing their war-torn homeland have gathered in the city, and tensions are simmering between citizens and the growing immigrant population. The series follows the investigation of a string of unsolved murders that are eating away at whatever uneasy peace still exists.

I love this concept art for the Guardians of the Galaxy Mission Breakout ride. I know James Gunn clarified it is not canon, but still the easter eggs look great. At least this one with The Collector (Benicio Del Toro) and The Grandmaster (Jeff Goldblum) showing their sibling rivalry is great: 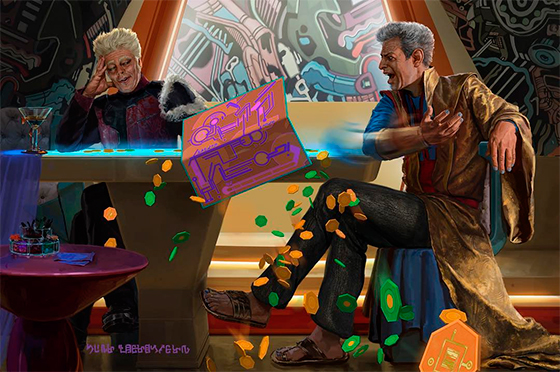 Well, congrats Jessica Jones! Netflix revealed the most common order people watch the Marvel Netflix shows and Jessica Jones turned out to be the most watched! Then comes Daredevil, Luke Cage and finally Iron Fist.

Star Wars Rebels voice actress Vanessa Marshall talked about how much she fangirled on the behind-the-scenes role of her character Hera in Rogue One. Girl also wouldn’t mind being in a live-action somewhere down the line. Yes, girl, put your name out there!

Welp, it seems Star Wars: The Last Jedi will barely include the classic wipe transitions, says Rian Johnson. I know my brother will be disappointed! He even lovingly calls them, “cool transitions”~