The Fangirly Diary of a Geek Girl: Batman will be BATMAN!

Greetings, fellow fangirls and fanboys! This past week, DC had a lots of news about their future movie projects. And some news were more legit than others~ Also, TV trailers, promos and even a cover! Here’s how the week started:

Starting the week with box office news, it’s estimated that Spider-Man: Homecoming will finish its run in the high end of $700+ millions. Which is quite better than the two installments of The Amazing Spider-Man, but wouldn’t reach the Sam Raimi-directed Spider-Man films, whose lowest box office return was with Spider-Man 2 at $783.7 million.

In a long interview with CBR, Finn Jones a.k.a. The Inmortal Iron Fist (I still LOL at that) said he’s pretty certain that he will get his costume hopefully in Iron Fist season 2.

Towards the end of Defenders, Danny has certainly become a lot more grounded, and driven, and more purposeful character. And I certainly think, moving forward into season two, that superhero outfit would be something that Danny Rand finds extremely alluring, and cool, and after seeing Daredevil in his getup, I definitely think he may be persuaded to find one himself. What it looks like, who knows? I’d like to see a mashup of all of the kind of outfits. 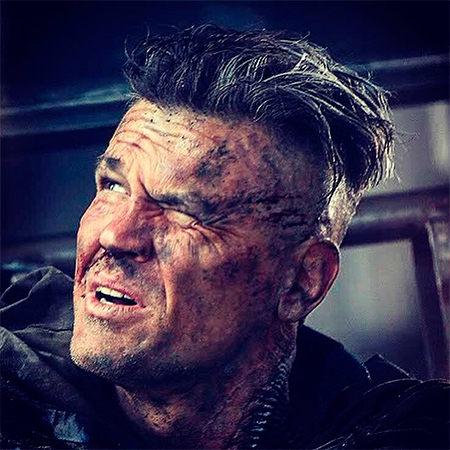 According to David Harbour, the Hellboy Reboot, while there is something about the lead character’s origin, the film ain’t an origin story.

In a way, I feel like that’s kind of what Indiana Jones was. You start with him stealing the idol, but also you do go back to the university and you understand he’s an archeologist, but this is just a guy who goes and steals idols and fights Nazis and wants to steal the Arc of the Covenant. But you never go back when he’s a kid and you’re like, ‘How did he become Indiana Jones?’ It’s like no, we accept that this is Indiana Jones and I think that’s what our story does too. You accept that there’s this half-demon guy running around the world and being a paranormal investigator and solving crimes and also dealing with his own issues at the same time.