Greetings, my fellow geeks. This week Agents of S.H.I.E.L.D. premiered, and while it wasn’t perfect, it sure grabbed the attention of fans! And now DC has a couple of more projects for TV! What else? The usual geeky movies and comicbook news. Here’s how the week started:

And we started with Agents of S.H.I.E.L.D. news! Clark Gregg has been giving interviews left and right! In this one, he talks about how Marvel respects their audience and sneakily turns people into nerds~

I also feel like Marvel has a way of respecting their audience, not just the nerds. They kind of make many, many more of us feel like we’re nerds. For people who never really read the comics, they kind of do all the origin stories that lead up to The Avengers and all of a sudden, they realize that they were a nerd too.

On more Joss Whedon related news~ They are finally giving stuff away about the Serenity comicbook! Artist Georges Jeanty, who also worked on the Buffy comicbook, is taking charge of this one. So yay! Specially since he’s also one of the fans who felt slighted over Fox treatment of Firefly and its too-soon demise! 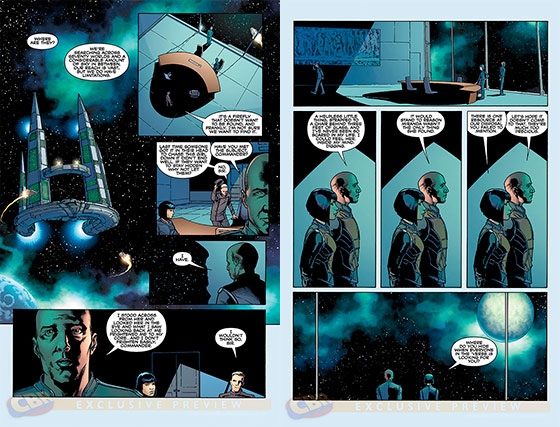 Set in the wake of the U.S. military taking down a giant, rampant creature just off the Northern California coast, a middle-management Undersecretary from the California Emergency Management Agency is charged with leading the clean-up efforts as the small town becomes the focus of the entire world.

Finally on that day, Glee dude Grant Gustin talks about The Flash, his Arrow debut, getting his geek on and we might get him wearing flashy (LOL) red spandex after all!

I would image, when The Flash comes he’ll be in a pretty traditional Flash costume. That’s kind of what I’ve caught wind of.

Let’s start with the teaser promo of Penny Dreadful, with Eva Green doing a voiceover on her sexy voice! I not only like the cast, but the people producing, like Sam Mendes! And the first two episodes will be helmed by The Orphanage director Juan Antonio Bayona.

The challenge was not to repeat what we’ve already done with the characters but to build on them, which is tough. There’s a great amount of comedy in the film, thankfully, but there’s also a lot more about Thor and Loki and that relationship and what went wrong, and also all this unfinished business with Jane, Natalie Portman’s character. So there’s this kind of dance of conflicting interests, and a lot of action — the scope is certainly bigger than any Marvel film we’ve seen so far.

I just found a Young Avengers #10 preview as well as an interview which author Kieron Gillen… That’s what I get for NOT stalking Kieron Gillen’s tumblr for a week! I love all the stuff in the interview though! About all the four antagonist we have now, to Mother’s “Britishness”, Miss America being the “visual signifier”, and other stuff. 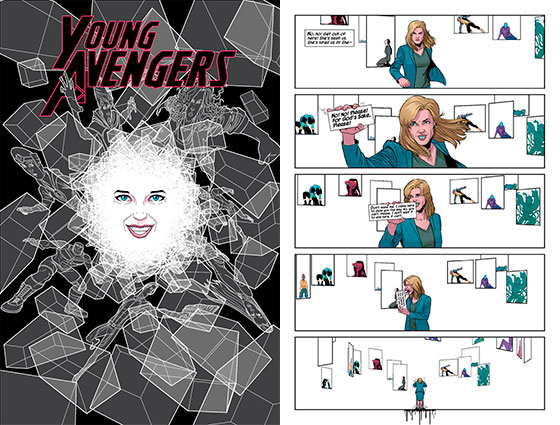 I read the script and I was really blown away by it. The tone of it and the Bucky stuff is so perfect and the way I’d want it to be, I was so thrilled to see that. But to me the biggest thing, too, is it’s the first time Marvel has put out a movie where there’s a specific book the title of the movie relates to.