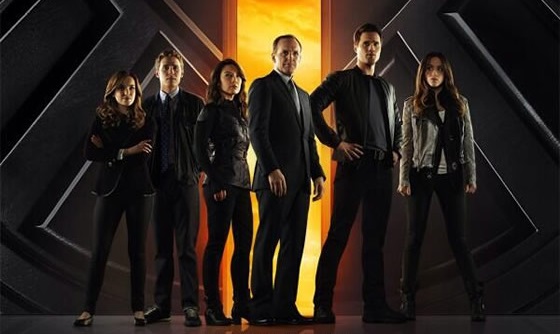 Note: This show requires watching The Avengers and Captain America: The Winter Soldier because the final 7 episodes deals with the aftermath of the latter.

I had to break my rule of refusing to watch USA network-developed drama series for a few reasons: I had interest in seeing how Agents of S.H.I.E.L.D. would explain how (and why) Agent Phil Coulson (Gregg) was revived, I’m a Marvel fan and this show also happens to be created by Joss Whedon.

Upon Coulson’s return, he assembles a new team — Melinda May (Ming-Na), Grant Ward (Brett Dalton), Leo Fitz (Iain De Caestecker) and Jemma Simmons (Elizabeth Henstridge) — to search on Mike Peterson (J. August Richards), who happens to be under a serum developed by Project Centipede, which provides him supernatural strength. Against S.H.I.E.L.D.’s orders, Coulson also recruits hacktivist Skye (Chloe Bennet), who aids them while also having her own interests. However, other strange events happen worldwide and it’s Coulson’s team to the rescue.

Season 1 mostly deals with Coulson’s resurrection — which is a huge deal since it’s the first time something like this happens –as well as Skye wanting to know about her origins. At first, we see Phil wanting to know more about the details of his resurrection, which also includes Coulson mentioning Tahiti as “a magical place”. However, he’s not the only one interested in the answers and Coulson’s resurrection serves at the catalyst for the chaos that ensues later on.

I will admit that I gave up on the show after its first ten episodes, but I re-watched the show after hearing positive feedback and I really loved everything post-Winter Soldier a lot. While the pilot was actually a great way to start the series, the following 9 episodes played out as an aimless procedural series with a lighthearted tone, lazy writing and very uninteresting characters that paled in comparison with previous Marvel characters, except for Coulson and Peterson because they had backstories and both Gregg and Richards are already familiar with how Whedon operates, even if his involvement with AOS isn’t as strong or frequent as it was for his previous tv series.

On the other hand, Ming-Na’s May can kick ass greatly and the likes of De Caestecker and Henstridge can fare well when they get properly written, but Chole Bennet suffered from Skye being overquirky and not so funny while also having a very unengaging storyline, which mirrors Coulson’s curiosity about his revival. Worst of all, Brett Dalton’s Ward is a very dull presence on screen and the pairing of Ward and Skye was grating to watch while Fitz and Simmons’ pairing was wildly hit and miss.

I also wondered if the show was being held back by the upcoming Marvel projects despite the obvious idea that Marvel wouldn’t make any of their top superheroes appear here. The answer is: yes, especially Captain America: The Winter Soldier, which led to lots of stalling for AOS at first, but the episodes that aired after the film’s premiere are on par with the quality of Marvel’s top products since the show’s characters also deal with — Spoiler: H.Y.D.R.A. attacking S.H.I.E.L.D. — and the post-Winter Soldier content delivers big time despite a very shaky start.

AOS reminded me of an advantage that network tv shows have over cable series: they can improve a season’s course upon feedback, as long as they have good ratings and/or don’t get cancelled. After the first ten episodes aired, AOS ditches its procedural format and explains “Tahiti” as well as showing signs of improvement in character development, which was the weakest aspect of the first ten episodes. The best two things that happened to the show was introducing John Garrett (excellent guest star Bill Paxton) as Season 1’s main antagonist halfway through and Captain America: The Winter Soldier airing, which lit a fire on the production and screenwriting team, resulting in very strong episodes with exciting action scenes and plot twists for Coulson and his team.

By the end of Season 1, I actually ended up giving a damn about how S.H.I.E.L.D. will fare next season, which should be really great to watch since AOS gets rid of almost every flaw they had from the start. I’m looking forward to Season 2 a lot, yet I’m still baffled that AOS managed to make me feel disappointed as both a Marvel (and Joss Whedon) fan earlier on. To be fair, no show started with ultra high expectations like this one. However, that’s no excuse for its early weak content even if AOS crosses the finish line superbly.