We are getting PowerPuff Girls in comics! Here’s a preview of the first issue, and looks pretty cute! I hope them the best! 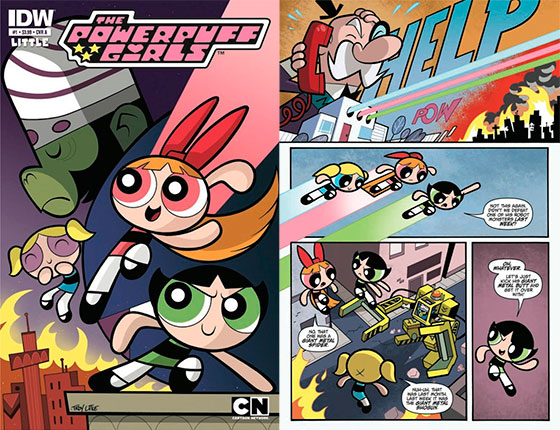 J.J. Abrams admits he has a lens flare problem. That’s good! The first step is self-admission! Here’s to your recovery!

I know I get a lot of grief for that. But I’ll tell you, there are times when I’m working on a shot, I think, ‘Oh this would be really cool with a lens flare.’ But I know it’s too much, and I apologize. I’m so aware of it now. I was showing my wife an early cut of Star Trek Into Darkness and there was this one scene where she was like, ‘I just can’t see what’s going on. I don’t understand what that is.’ I was like, ‘Yeah, I went too nuts on this.’

We have some news about the Warcraft movie. Casting news! Colin Farrell has been offered a lead role! Not sure if he’ll accept though! Also, new Star Trek‘s Anton Yelchin and Viking‘s Travis Fimmel have been offered parts too. So, considering they are all moderately attractive men, I guess they will be humans and not orcs?

I was surprised at the demographic that the show was reaching. A significant portion was young, smart, well-read women; they really responded to this show and I typically relate to young, bright ladies [laughs]. It was nice to see how enthusiastic and passionate they were. And, also, happy in the face of the dark material. They found joy and hope in something that is arguably quite bleak. I found that really rewarding and as somebody who is a fan of many things myself, I appreciate and relate to being enthusiastic about a show you love.

Here’s why David S. Goyer doesn’t follow that “Superman doesn’t kill” rule. He’s a renegade! He doesn’t believe in rules! Oh well, it’s not like Superman hasn’t killed before (in Elseworlds and stuff).

This is one area, and I’ve written comic books as well and this is where I disagree with some of my fellow comic book writers – ‘Superman doesn’t kill’. It’s a rule that exists outside of the narrative and I just don’t believe in rules like that. I believe when you’re writing film or television, you can’t rely on a crutch or rule that exists outside of the narrative of the film.

Here’s an interesting article about all these teens in Marvel comicbooks such as Young Avengers, Wolverine & The X-Men,Uncanny X-Men, All-New X-Men, Nova, and Avengers Arena. 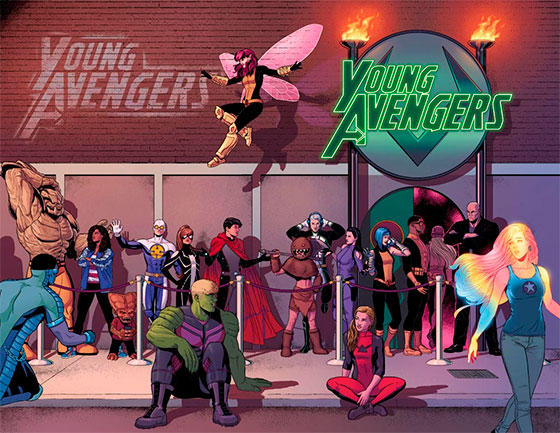 Clark Gregg says the reason he signed up for Agents of S.H.I.E.L.D. is that Joss Whedon told him the mystery of why Coulson is alive is important to the series. He also comments on fandom gifts… and fanfic, which is both disturbing and flattering~

Talking about Agents of S.H.I.E.L.D., they cannot even say “mutant”, says Maurissa Tancharoen, and Joss Whedon says there’s even a database of things they can use: