Finally had some time to watch the latest episode of BAMF Girls, a web comedy series where Buffy, Hermione, Katniss Lisbeth, Michonne and Bella move into a house together reality-TV style~ Here’s the first episode, so you can go check it!

Talking about BAMF ladies, She-Hulk and Rogue will be the protagonists of two novels written in the beginning of an unholy alliance between Hyperion Books and Marvel Entertainment. Why unholy? This is what Hyperion editor in chief Elisabeth Dyssegaard has to say:

In addition to threats to the universe, She-Hulk and Rogue have challenges that women readers know well, including finding the right guy.

You see, I’m glad these ladies are getting more attention, but superheroines (and women in general) have more pressing problems than “finding the right guy”.

LOL, a script of Justice League written by Will Beall (Gangster Squad) was scrapped because it was “terrible”. In fact, it was so terrible, it made Warner Bros. unable to land a decent director. Double LOL. I still don’t know why they can’t get one of the writers for their animated movies to do it. They are clearly “not terrible”.

While I try to stop myself from laughing, here’s a huge infographics of Superman’s face through the ages!

So, the dudes that gave us Coraline and ParaNorman are making another movie: The Boxtrolls. Yay! And they have scored great actors to do the voice-overs: Ben Kingsley, Toni Collette, Elle Fanning, Jared Harris, Simon Pegg, Nick Frost. Double yay!

Also, remember when I told you Benny Batch will be in The Simpsons? The episode will be this Sunday and it will be a Valentine-themed one. So go watch our Posh Alien Prince as a Hugh-Grant-like Prime Minister and Severus Snape! Good to know his Alan Rickman impersonating skills are put to good use.

Anyway, Tom Hiddleston has been answering questions on his Facebook, which is all fine and nice, but amongst all the questions answered about acting and movies, today’s question is about music!

I can’t actually remember my first album. It’s a photo finish between Simon & Garfunkel’s Greatest Hits (but that’s not really an album), Nirvana’s Nevermind, and Definitely Maybe by Oasis. First gig: I’m pretty sure it was to see this old dance/pop act called Corona who had a big hit in the 90s called Baby Baby. I was fourteen and there was a girl there who I was crazy about, and — at the time — it was absolutely, unspeakably awesome.

So, let’s talk about the clothes in Elementary. Especially how great Lucy Liu’s Watson manages to look… Jonny Lee Miller’s Holmes is hit or miss for me, though. 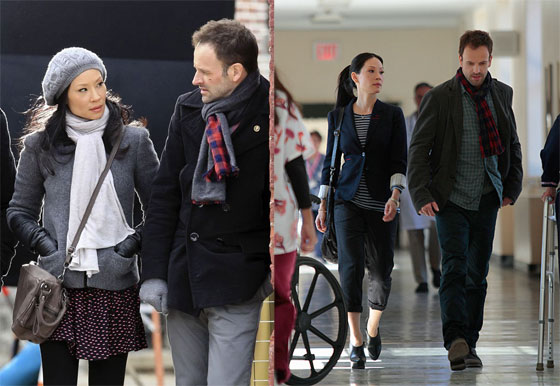 We have the opportunity to go completely the other way. No woman is going to watch the British version of the show [Sherlock, starring Martin Freeman as Dr. Watson] and go, ‘Ooh, I really like that coat Watson is wearing!

We began this week with how Chris Pine felt about J.J.Abrams maybe jumping fandoms. Here’s what co-star Zachary Quinto has to say about it:

I don’t think anybody feels like he’s going. We feel like he’s growing. J.J. surrounds himself with talented people, and if the day is coming where he has to hand off the director’s chair to someone, then we will all embrace that person and trust that [the new director is] the next best choice.

He’s so calm and reasonable. I hate it!

And that’s it for the week. But before I go, OMG paper toys! Marvel x Momot bring us some awesome ones. I want them all! 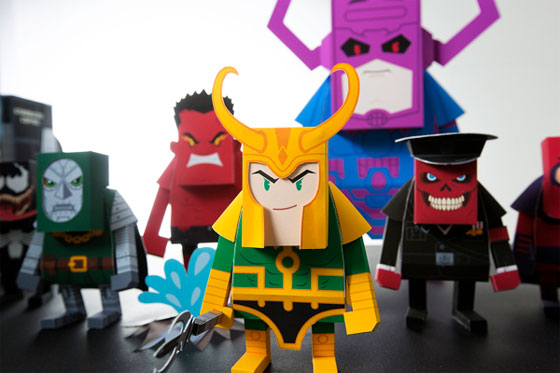