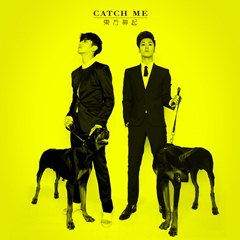 The Godfathers of Kpop are back, bringing with them a decidedly universal pop album. I say “universal”, for while it’s completely in Korean, it has all the trappings of what we’ve come to expect of more westernized pop music in the past five or six years: heavy bass drops, loads of dubstep, and the dreaded autotune.

The album starts with lead single Catch Me, a song that takes a few listens to appreciate, and moves right into another dubstep-heavy track — a simple rap cut reminiscent of the Ying-Yang Twins’ Whisper Song. The album is heavy with electro tracks that catch quickly (I Don’t Know), take a few tries to get a feel for, or are easily dismissed (Viva).

However, if there’s one thing the group will always manage to do with class and finesse it’s their ballads. Track Destiny, while a simple composition, is undeniably beautiful and breaks up the overabundant crunch of syncopated electro throughout the album. Vocally, the duo gives us a rounder sound than we’ve heard from them. It’s obvious their almost four years as a duo has strengthened their vocal range, giving them more confidence to explore more technical variation, and thus enhancing their technical proficiency. This daring step vocally may be the red line throughout the album that connects each track and gives Catch Me the extra bit of cohesion it seems to be lacking. However, it’s a shame this new vocal confidence hasn’t extended to song composition.

It has to be said, the boys would only enhance their overall musical potency if they wrote more of their own lyrics. Track I Swear is a lovely song that speaks of the desire to say “Saranghae” without fear. Penned by Shim Changmin, the song is simple, and yet it’s the most meaningful piece of the album. I can’t help but think the group would change the scope of pop music (again) if they relied less on the producers and songwriters SM provides them and branched out on their own as artists to continue to set the standard of excellence the industry svengali is having a hard time living up to as of late.

There are moments reminiscent of TVXQ past (the Before U Go inspired Good Night, or a song oddly similar to Kiss The Baby Sky in composition and vocalization entitled Like A Soap) and others that seem to point to where the group would like to take their sound in the future (rock-tinged Getaway or repackaged cross-genre track Here I Stand); however, the overwhelming sound borrows much from the likes of Justin Timberlake and LMFAO; lacking any of the originality or innovation that most fans have come to expect from the group.

Catch Me wants to be many things at once, never settling on a distinct sound. As a result, we get a mixture of stereotypical pop and stunning balladry interspersed with some efforts to stray from whatever sonic pattern there may have been to tie the album together. It’s this amalgamation of hit-or-miss electropop that disappoints me. Much like JYJ’s mostly disappointing debut effort, Catch Me suffers from too much of a desire to appeal to everyone instead of opting for a more cohesive sound. However, unlike the trio’s debut, it’s nuanced enough to, at the very least, stand apart in the onslaught of bubblegum pop being released as of late.